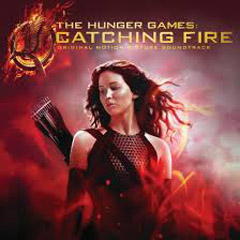 Choosing the tracks for “The Hunger Games: Catching Fire” soundtrack must have been a mini-“Hunger Games” in itself after the wild success of the first film. The victors offer a mix of indie and mainstream, adding a rounded, energetic and emotional dimension to the film.

The 12 tributes (15 on the deluxe edition) of album No. 2 battle it out to discover who puts out the edgiest, yet accessible, song in homage to the story. One can see a shift in tone from the first film’s T Bone Burnett-produced soundtrack, from folky melancholy to a slicker, more eccentric offering supervised by Alexandra Patsavas.

A few traces from the original DNA remain, with such tracks as the folky “Lean” by The National, “Devil May Cry” by The Weekend and the dulcet tones of “Gale Song” by The Lumineers. The lead single “Atlas,” from British rockers Coldplay, brings a low simmer resignation to boil over into anger. It’s a resounding anthem to fighting against oppression and feeling the weight of the world on one’s shoulders in dulcet piano tones.