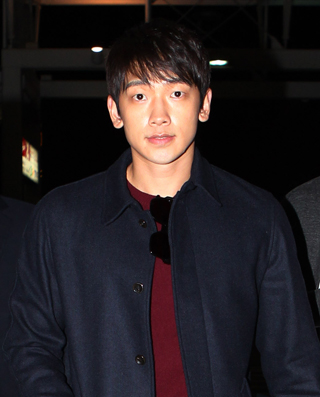 Singer Rain has started filming the Hollywood movie “The Prince” in the United States.

According to his agency yesterday, the global star of the 2009 film “Ninja Assassin” has left Korea on Saturday. He will play a character named Mark, who is said to be a close acquaintance of Bruce Willis’s character.

In the action thriller, directed by Brian Miller, fans can expect to see some eye-catching action scenes by Rain, according to local media reports yesterday.

The star is coming back to Korea temporarily on Friday to work on his upcoming album. It is said that he will be traveling back and forth from Korea to the United States so that he can work as a singer and actor at the same time.

The star has previously announced that he will release a new album on Jan. 6. He is also going to be making a comeback on the small screen through a reality show on cable channel Mnet that filmed his everyday life.