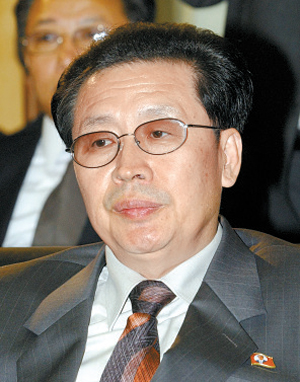 Jang Song-thaek, the powerful uncle, political guardian and one-time protector of North Korean leader Kim Jong-un, appears to have been dismissed, according to the nation’s top spy agency.

Following that, Pyongyang took “additional measures” against several departments that Jang is in charge of and other people close to him, the NIS said.

Given those signs, the spy agency concluded that it was highly possible that Jang was dismissed from all of his posts, and his administrative department will likely be disbanded.

Additionally, North Korea is reportedly spreading an allegation that Jang’s aides were executed on charges of committing anti-ruling party acts and corruption. It is also launching a full-scale ideological campaign to rally support from ordinary North Koreans and block any internal resistance to Jang’s dismissal.

Since the death of former leader Kim Jong-il two years ago, Jang has been recognized as the de facto guardian of Kim Jong-un and the second most powerful figure in the regime, the NIS said, along with his wife, Kim Kyong-hui, who was the younger sister of Kim Jong-il.

Starting this year, some of his close aides were suspected of having been involved in corruption, the NIS said, and North Korean authorities launched an internal investigation. From that time, Jang wasn’t seen at public occasions, said the spy agency.

According to statistics from the Ministry of Unification, the number of Jang’s appearances at public events shown in North Korea’s state media fell drastically this year, from 106 in 2012 to 52 as of December. He was recently spotted at the ruling party’s 68th anniversary event on Oct. 10, and he was last seen on Nov. 6 when he greeted a delegation of Japanese lawmakers in Pyongyang.

The NIS said it was trying to figure out whether more of Jang’s aides were executed. Who ordered the public execution is also a question, although the NIS said they assumed it would be Kim Jong-un. The charge against them, “anti-party crimes,” is grave in the Communist state.

The NIS could not confirm the fate of Jang’s wife Kim Kyong-hui.

Representative Jung Chung-rae, a lawmaker from South Korea’s opposition Democratic Party and a member of the National Assembly’s Intelligence Committee, said he met with NIS officials yesterday who reported the allegation to him.

“The NIS said the aunt, Kim Kyong-hui, tried to dissuade [North Korean officials] from dismissing Jang, her husband,” Jung said. “But she failed.”

“Jang was mostly in charge of North Korea-China relations and the regime’s policies regarding economic reforms, so he could have been punished for his scant achievements in those areas,” Kim Yeon-su, a professor at the Korea National Defense University under the Ministry of National Defense told the Korea JoongAng Daily.