Get good, home-cooked meals away from home

Get good, home-cooked meals away from home 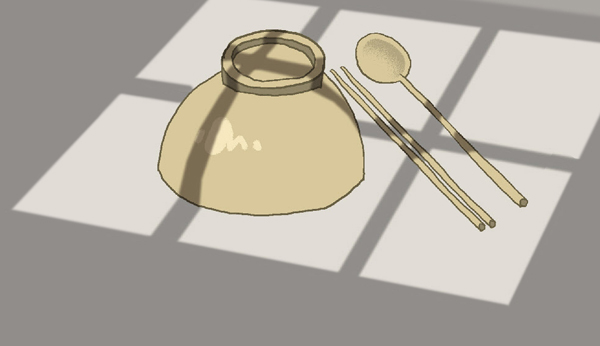 If you’ve been living alone for a while, you know what it’s like to get up late on a weekend morning and find nothing to eat in the fridge but cold leftovers and the last thing you want to do is to order in fast food or Chinese. Then you begin to miss your mother’s home-cooked meals, which were as simple as one big bowl of rice with two or three side dishes and a hot soup or stew.

If this is what you’re experiencing this morning, why not head out to one of the restaurants below that serve a tray of Korean meals that look and taste as if your mother had just brought it out from her kitchen?

Although restaurants in Korea have become more luxurious and diverse, more and more Koreans seem to miss a healthy home-cooked meal. Noticing this trend, restaurants that serve jipbap, which translates to “home-cooked meals,” began opening in Seoul.

Unlike baekban, or a bowl of rice served with a couple of side dishes and a main dish such as kimchijjigae (kimchi stew) or jaeyuk bokkeum (stir-fried pork in red pepper paste) that many Koreans choose to eat as an alternative to home-made meals, jipbap boasts its natural taste, which is created by never using chemical seasonings.

Cuisine researcher Hong Shin-ae, 37, opened Ssalgagae in September. Every morning, she personally polishes rice by pounding it and cooks enough for just 100 servings.

The rice at the restaurant is not white or brown. It’s embryo rice, which is partially milled so that it still retains its embryo bud. The restaurant closes when its 100 servings of rice are sold out.

“In fact, I started this restaurant to feed myself,” said Hong. “I’ve been eating out for such a long time, filling my stomach up with salty and high-calorie foods that I’ve been gaining weight.”

That’s when Hong began serving meals like the ones she would prepare for herself at home. Everyday, she stops by the nearby Yeongdong Market in Nonhyeon-dong to purchase groceries to make fresh and new side dishes. When she decides what side dishes to make, she posts it on her restaurant’s Facebook page to let her customers know the menu of the day.

Hong plans the menu for the week but says there are frequent changes, depending on what she purchases in the morning at the market, or sometimes, the weather. For example, if she finds fresh new blue crabs at the market in the morning, she purchases them and makes ggotgyetang, or blue crab soup. If it looks like it’s going to rain, she changes the menu and makes kimchi soup instead. No matter what side dishes Hong serves, one meal costs 12,000 won ($11.30).

Even though putting out delicious side dishes is important, Hong says her main focus is on rice. Hong’s second son, who is 9 years old, used to be quite weak and always got sick after eating white rice. Hong tried feeding him brown rice, but he couldn’t even digest it. After realizing her son was able to digest embryo rice, Hong bought a small rice miller and her son, she said, became a lot stronger and healthier. That’s why she named the restaurant “ssalgage,” which means “rice shop” in English, to emphasize her specialty.

Despite opening just three months ago, Hong’s restaurant, which can seat 20 people at a time, is packed with customers eager to eat home-made meals during lunch time everyday, not to mention a long line of people waiting to get in. Hong says her major customers are not only workers at nearby companies but residents in the area coming to eat alone, for a “decent home-cooked meal.”

“I believe serving 100 people a day is the maximum to make meals taste like it’s homemade,” said Hong. “Even if I can’t sell all 100 servings on that day, it’s enough to feed my friends and family by calling them up. If I try to make it bigger, I don’t think I can maintain my first intention of serving homemade meals.”

Upon hearing a friend’s complaint that “there’s no restaurant near work to eat a decent meal,” a young chef decided to do something about it.

After the friend said, “There are only places to drink around here,” Jeong Jin-hwa, 34, decided to open Sigeumchi, a restaurant selling homemade meals. Before Jeong opened his restaurant early last year, he worked at Yongsusan, a large franchise Korean restaurant.

Jeong named the restaurant Sigeumchi, which means spinach in English, because he wants his customers to “grow strong in health by eating good food at my restaurant, like Popeye gains strength by eating spinach.”

There are two menu items at Sigeumchi everyday. One is bibimbap (rice mixed with vegetables) and the other is jipbap, in which one of 10 dishes, including grilled Spanish mackerel, bulgogi (marinated beef) and kimchijjim (steamed kimchi mixed with meat) are served in rotation. One dish costs between 10,000 won and 12,000 won.

Jeong operates the restaurant by himself, buying groceries, cooking and serving the dishes, which makes eating at Sigeumchi a real “home-like experience.”

“About 40 to 50 customers come to the restaurant per day but, still, I am very busy,” said Jeong. “Every other day, I shop at Mapo Farmer’s Market and come to work by 9 a.m. I receive last orders until 10 p.m., and after preparing things for the next day I can finally go home at around 2 a.m.”

The most popular menu at Sigeumchi is ddeokgalbi (minced beef patty) and galbijjim (steamed dish of marinated short ribs).

“They are the two dishes that require the most work and I guess the customers can sense that,” said Jeong. 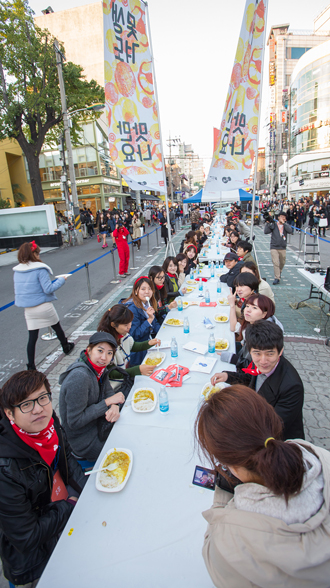 With more and more Koreans looking for healthy home-cooked meals, Jipbap, a social dining website, organized an event where people could eat such meals together in central Seoul in October. [JoongAng Ilbo]

Jo Su-yong, 39, who used to work for Naver as the head of marketing and design, decided to make a cafeteria to provide homemade-style meals to his employees when he established his own company, JOH.

When he first opened the cafeteria in May 2012, only the employees at JOH could use it, but after two months, he opened it to the public, turning it into a restaurant. The name Ilhochic means “eating a good meal every day.” You can choose from among four menu items and each dish costs between 8,000 won and 12,000 won.

Jo’s first intention of opening the restaurant was to provide decent meals to workers who constantly worried about what to eat for lunch. In order to break the prejudice people have that “restaurants serving healthy food look countrified,” Jo designed the restaurant to be classy and sophisticated to suit the atmosphere in Gangnam.

“?‘Delicious and healthy’ concept is an area that hasn’t yet been popularized in the food and service industry in Korea,” said Jo. “Ilhochic is worth investing and growing as a brand since it fits into that category. As long as I am honest about what food I serve and how I operate the restaurant, I believe the customers will have faith in my restaurant.”

Jo’s confidence comes from Ilhochic’s performance in making profits since the first month of opening. The restaurant makes its own sauce for fried pork cutlets and even makes its own fish cakes. He uses organic brown rice and fertile eggs from pastured chickens. He says a lot of foreigners are his regular customers.

“Wherever I went to dine out, I never found a place that’s better than home-cooked meals by my mother,” said Park Seong-woo, 31, the CEO of Parc. “My mother is a good cook, and I wanted to collect and organize her recipes before she passes away and opened the restaurant.”

While talking about his restaurant, he emphasized many times that he wants to make all the dishes “as similar as possible to the ones he has at home.”

Park shops for groceries at Bongcheon Market in Sillim-dong near his house and makes the dishes for the restaurant. He buys red peppers from an acquaintance who has a chili farm in North Chungcheong while ordering squid from a fisherman in Mokpo, South Jeolla. They are all Park’s mother’s contacts.

“My mother is so passionate when it comes to cooking,” said Park. “She buys about 100 squid at a time and only uses them after freezing them in a freezer.”

Parc opened its doors in April and only serves lunch for now. Park plans to start opening up for dinner from the end of this month. One dish costs between 8,500 won and 9,500 won.

Of the 30 different dishes, including grilled tofu, grilled Spanish mackerel, galbijjim and galchi jorim (steamed hairtail in hot sauce), Park chooses three - one each from fish, vegetables and meat-based dishes - to put out each day. Customers can also choose from black or brown rice.

“There are many regular customers who come by themselves to eat something that feels like a home-cooked meal in a quiet environment,” said Park.