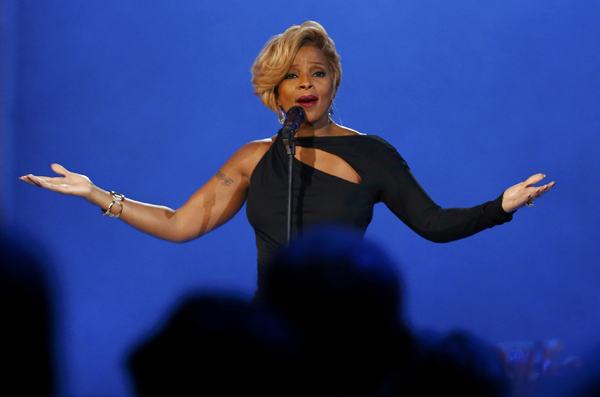 Mary J. Blige performs during the Nobel Peace Prize concert in Oslo on Wednesday. The Organization for the Prohibition of Chemical Weapons (OPCW), a Hague-based global chemical weapons watchdog working to eliminate chemical arms stockpiles on the battlefields of Syria’s civil war, won the 2013 Nobel Peace Prize in October. [REUTERS/NEWS1]