Cheer up: growth is accelerating

Cheer up: growth is accelerating 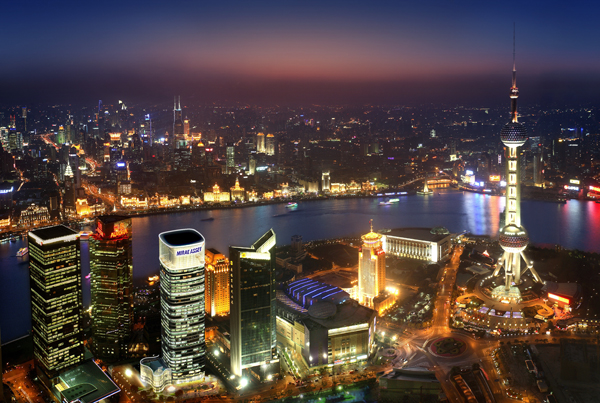 Current pessimism about the world economy is overdone. The world’s three biggest economies - the U.S., China and Japan - are all in decent shape. Barring a major new deterioration in Europe and unforeseen calamities in the rest of the developing world, a moderate acceleration of global growth looks likely.

How much of an acceleration and how long it might last depend partly on something we can’t really know: the world’s long-term trend rate of growth. This would be a good number to know. It would make it easier to predict stress on scarce resources, for instance, or to decide whether inflation or deflation is in the outlook. Knowing whether growth is above or below trend would make it easier to judge whether the global stance of macroeconomic policy is too expansionary or too contractionary. Trend growth drives long-term welfare: Knowing how quickly living standards will advance would be useful in countless ways.

Unfortunately, the underlying trend is hidden under layers of uncertainty, especially in countries going through rapid change. There’s an adding-up problem, too: Hypothetically, could all countries grow at their long-term potential at the same time? For example, when commodity prices are rising sharply, commodity-exporting countries will grow at a healthy clip, but commodity-importing countries will be held back. Or consider the reverse. In 2013, weak commodity prices hurt Brazil and Russia, for example, but helped the United Kingdom.

The past is a guide, up to a point. In the 1980s, according to the International Monetary Fund, world growth averaged 3.4 percent; in the 1990s, it was 3.2 percent. Many economists take 3.3 percent as a plausible estimate of the trend. The trouble is, that apparent stability conceals a lot of variability around the average and, at the country level, from decade to decade. (Japan, for example, did far worse in the 1990s than it did in the decade before.)

Growth in the first decade of the new century was stronger than many people realize - despite the recession in the latter years. Global growth averaged 3.7 percent from 2001-10, actually better than in the 1980s and 1990s. Some, including myself, emphasize the emergence of the BRIC economies (Brazil, Russia, India and China): a structural development suggesting a faster trend. Others instead point to easy monetary policies. According to this more pessimistic view, the decade’s surge in commodity prices was an inflationary phenomenon - a sign that the world was living beyond its means, with the crash of 2008-9 as the inevitable penance.

As you’d expect, these rival interpretations imply different policies. For example, I’ve heard pessimists argue that the turbulence experienced by many emerging economies calls for capital controls. I disagree. A lot of emerging economies have done well despite global volatility. As an antidote to gloom on this subject, it helps to remember that the United Nations’ goal of halving world poverty between 1990 and 2015 was achieved five years early.

Looking ahead, much depends on China. By the end of 2013, the Chinese economy will have increased its output by an additional trillion dollars, to more than $9 trillion. This will make it more than half the size of the U.S. Continued rapid growth in so big an economy will drive the global trend.

Based on the new policy framework outlined by the Chinese government last month and on the more optimistic tone of China-related financial markets, I continue to expect rapid expansion. If that turns out to be correct, something pretty bad would have to happen elsewhere for global growth to fall back to the rates of the 1980s and 1990s.

That’s not impossible. The advanced economies of the euro area, Japan, the U.K. and the U.S. all face challenges, as do some emerging economies. But a close look at these countries since 2011 suggests that serious setbacks are unlikely.

Optimists are sometimes proved wrong, but count me among them on this issue. As this decade progresses, people will be pleasantly surprised to find global growth exceeding their expectations.