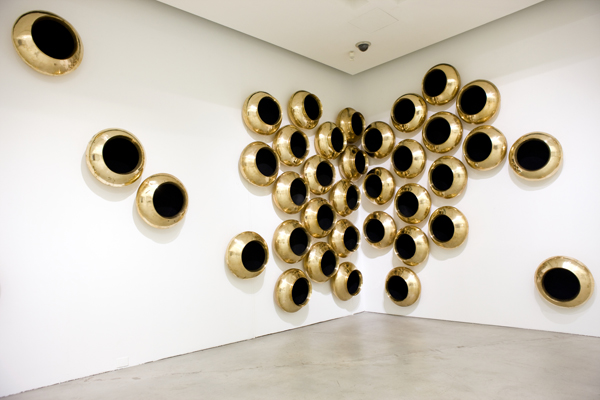 “Untitled,” right, an installation consisting of 68 brass jars by Indian artist Subodh Gupta, is part of the “Asia Code - Gong (Zero)” exhibition going on at the Seoul Olympic Museum of Art (SOMA) until Sunday. Provided by the museum

The global art market has rapidly recovered from the blow of the 2008 global financial crisis, led by China’s rich collectors, experts say. Christie’s, one of the world’s biggest auction houses, will hold its first art sale in India this week, reflecting the country’s increasing power in the art scene.

Coincidently, several large-scale shows focusing on Chinese, Indian and other Asian artists are going on in Korea, helping local art lovers get to know the present state of the Asian art scene for themselves. Here are two of them.

“Living Word,” an installation consisting of acrylic pieces cut and painted by Chinese artist Xu Bing, is part of the “Rewriting the Landscape: India and China” exhibition at the MMCA in Gwacheon. Provided by the museum

“We consider the concept of ‘gong’ as the root of thought commonly innate in the soul of the 13 Asian artists invited to the exhibition,” said Park Youn-jeong, chief curator of SOMA. She was talking about the title of the exhibition going on at the Seoul Olympic Museum of Art in Songpa District, southeastern Seoul.

“The origin of gong is a Sanskrit word ‘sunya,’ which refers to a void or emptiness, and the state where no dirt or wrongness exist,” she continued. “But the notion of gong in Asia does not mean any ontological emptiness or vanity. It means there is no distinction between subject and object, existence and nonexistence, allowing for various interactions between consciousness and object.”

Among the works on display, Japanese artist Go Watanabe’s uncanny “Face, Portrait” shows something that is “neither a personal figure nor a thing,” the artist noted. It is a mask-like face of a computer-generated virtual figure, with only its skin looking realistic.

Other participants include Boomoon of Korea, Subodh Gupta of India, Jun Nguyen-Hatsushiba of Vietnam, Fang Lijun of China and Suzann Victor of Singapore. 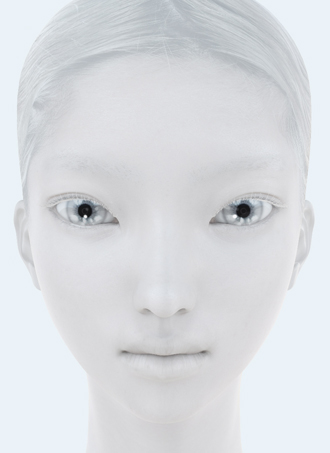 Rewriting the Landscape: India and China

The title of this exhibition, featuring 10 Chinese and 13 Indian artists, may say “landscape,” but the exhibit is really about urban and rural landscapes as perceived through the eyes of artists who have gone through socio-political changes.

The artists from the two countries, which are very different from each other but have rich histories and cultures, present 55 works at the National Museum of Modern and Contemporary Art’s Gwacheon branch, to the south of Seoul.

The important names include Xu Bing, Zeng Fanzhi and Miao Xiaochun from China, and Gulam Mohammed Sheikh and Jitish Kallat from India.