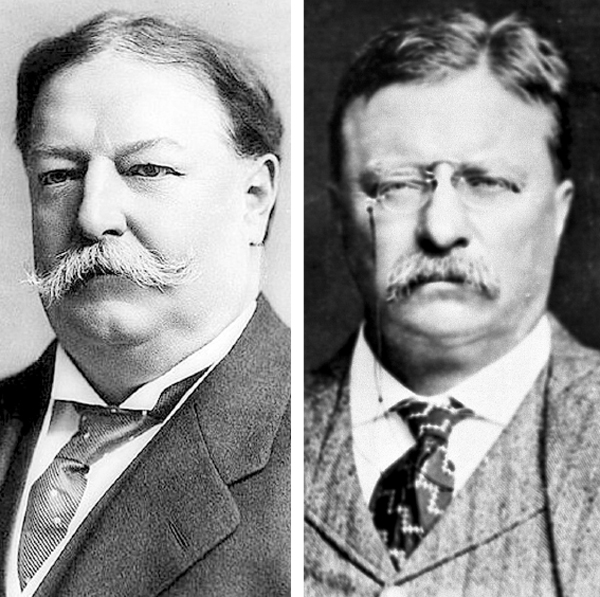 William Howard Taft, left, dreamed of being a Supreme Court justice and he often expressed dislike for politics. Theodore Roosevelt, right, became the nation’s youngest president after the assassination of William McKinley in 1901. [JoongAng Ilbo]

In her beautiful new account of the lives of Theodore Roosevelt and William Howard Taft, historian Doris Kearns Goodwin spins a tale so gripping that one questions the need for fiction when real life is so plump with drama and intrigue.

“The Bully Pulpit: Theodore Roosevelt, William Howard Taft, and the Golden Age of Journalism” takes readers from cradle to grave of these men who led the nation during a pivotal time. Poignant details of their childhoods and courtships combine with painstaking explanations of the legislative battles they fought that helped shape the future of the country.

The former presidents are thoroughly humanized with accounts like these: Taft won over his future wife in part by offering to cut the meat for her younger sister at a picnic. Roosevelt’s earliest memories involve having asthma attacks and being unable to sleep except in the arms of his father, who would carry “the gasping child from room to room.”

Kearns Goodwin’s behind-the-scenes accounts put on full display life’s unexpected twists. Roosevelt’s mother and first wife died within the same day, a mere two days after his daughter was born; in his grief, Roosevelt escaped to the wilderness and considered a full-time career in ranching. Later in his tumultuous career, after party bosses nominated him as vice president in an attempt to muzzle him, Roosevelt was frustrated in the do-nothing role and made plans to begin law school. Soon after, President William McKinley was assassinated and Roosevelt became the nation’s youngest president. 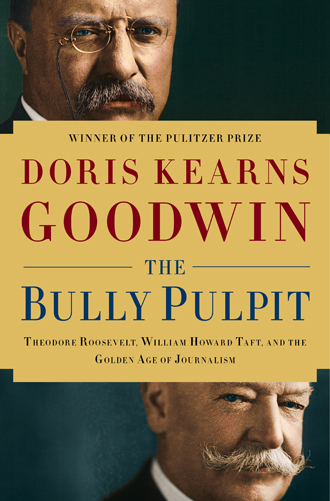 Taft’s life dream was to be a Supreme Court justice and he often expressed dislike for politics. It’s ironic, then, that he felt compelled by prior commitments to decline Roosevelt’s numerous offers to appoint him to the bench, and ultimately became president himself.

Perhaps most striking is the role journalists played in exposing corruption, galvanizing public opinion and compelling Congress to act against the interest of their corporate backers. Roosevelt’s collaborative and extremely friendly relationship with journalists is unimaginable today.

Time and again, Roosevelt would hit a wall in his effort to push reform, only to have the tide change after the publication of an investigative series chronicling abuses by the railroads or oil monopolies, causing a public outcry and the needed momentum for change.

A novel by a young Upton Sinclair, based on his observations of gruesome practices at a Chicago stockyard - “scraps of meat that were later sold to the public were swept from floors infested with rats and covered in human spit” - led Roosevelt to invite the author to the White House and to dispatch investigators to evaluate the book’s charges.

The ensuing report confirmed the filthy conditions and prompted a bill creating a federal inspection program of the meat-packing industry.

The pushback to such government interventions seems almost absurd in retrospect. Legislation that would require proper labels on food and drugs was derided by conservatives, who lampooned a crusader in the effort as “chief janitor and policeman of the people’s insides.”

For a book 750 pages long, the author does an impressive job keeping a reader’s attention and interest, even if occasional sections are convoluted or repetitive.

Kearns Goodwin’s previous works include the best-seller “Team of Rivals: The Political Genius of Abraham Lincoln” and “No Ordinary Time: Franklin & Eleanor Roosevelt: The Home Front in World War II,” which won a Pulitzer Prize in history.

“The Bully Pulpit” is a dense read but an absorbing one, with history offering not only lessons to be learned, but fascinating tales, too.