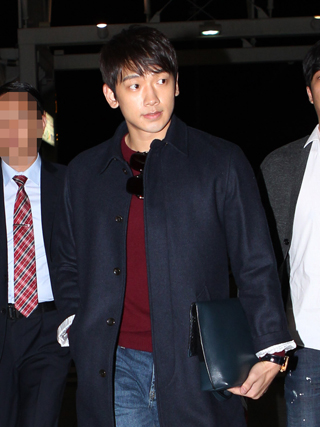 The singer Rain has been cleared of all accusations that he violated regulations while performing his mandatory military service.

He was being investigated by the Supreme Prosecutors’ Office after someone filed an official complaint against the singer last month for taking too many days off and breaking other rules during his enlistment.

His agency confirmed on Tuesday that the star is free of all accusations after the local prosecutors made their decision earlier this month.

The singer enlisted in the military in October 2011 and served until July of this year.

Rain, whose real name in Jung Ji-hoon, will focus on his new album, due out on Jan. 6, and meeting with fans. He has also completed filming for a Hollywood movie, “The Prince,” which stars many big names, including Bruce Willis and John Cusack.