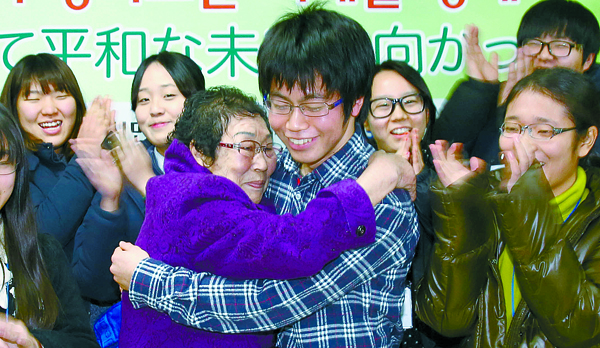 Yang Geum-deok, 82, embraces Yuta Kono, 17, a Japanese high school student, after recounting the atrocities she suffered for 17 months as a conscripted laborer during Japanese colonial rule. A group of six Japanese high school students from Nagoya visited NGO Center in Gwangju on Tuesday to support the elderly Korean women, who have waged legal battles against the Japanese companies that did not compensate them for their work during that era. By Oh Jong-chan