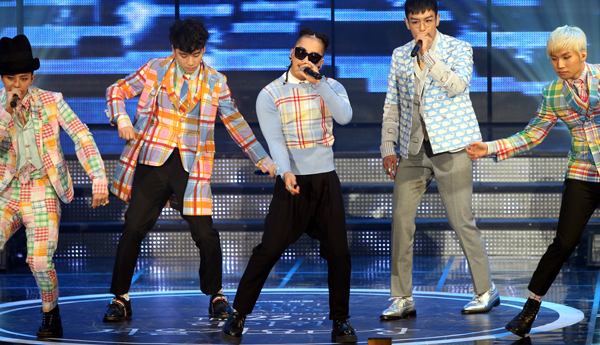 Thanks to popular demand, leading Hallyu group Big Bang has decided to add one more concert to its latest series.

The group had originally planned to have two concerts at Olympic Park, southeastern Seoul, on Jan. 25 and 26. But with tickets selling out immediately after their release earlier this month, a third show has been added, on Jan. 24.

Although the members of Big Bang were busy in 2013, most of that was as solo artists, except for a tour of Japan at the end of the year and a performance at the Mnet Asian Music Awards in November.

As it has been a year since all the members have performed together in Korea, demand is extra high for these January shows.

Tickets to the additional concert will be released on Jan. 2 from 8 p.m. through the online shopping mall Gmarket.