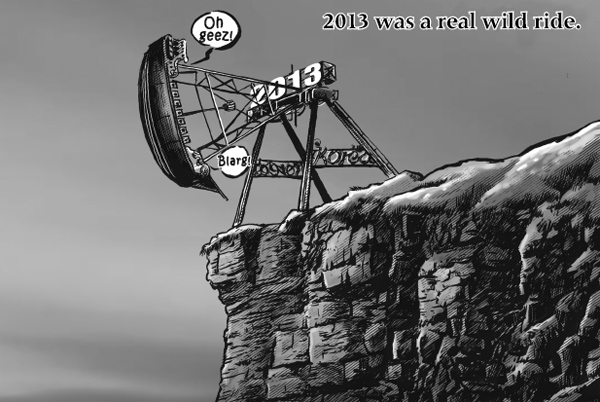 It was a dizzying year of ups and downs, such as President Park Geun-hye’s rosy campaign promise of a “creative economy,” her high-level appointees that kept flopping, the opposition’s reluctance to accept the election results and North Korean leader Kim Jong-un’s execution of his uncle Jang Song-thaek.