Participants at the Germany-based IFA, the biggest tech show in Europe, look at products and technologies displayed by Samsung Electronics in September. The Korean technology company is hoping to wow again at the coming Consumer Electronics Show in Las Vegas, which will begin on Jan. 7. [JoongAng Ilbo]

Samsung Electronics’ heir-apparent Jay Y. Lee will likely attend the 2014 Consumer Electronics Show in Las Vegas next month, according to industry observers yesterday, a move that could help the company steal the spotlight at the world’s largest tech fair where many of the newest products and technologies often make their debut.

It will be the first event of the New Year for the 45-year-old scion as representative of the tech giant, who, having been named vice chairman of the company in December 2012, is expected to be pressed more in the New Year to prove he is able to take over the Samsung throne.

Next year marks the start of the third decade since Lee’s father, Samsung Electronics’ Chairman Lee Kun-hee, launched his famous New Management business initiative. The senior Lee is expected to skip the 2014 CES, due in part to several events at home, including his birthday, which falls on Jan. 9.

The junior Lee is said to be planning to leave for Las Vegas after the Jan. 9 birthday party.

The CES usually showcases home appliances, without a focus on smartphones, which is the arena in which Samsung Electronics has been most successful, surpassing Apple in worldwide sales in 2011.

Samsung has not announced any plans to make a significant update to its smartphone lineup at the CES event, which starts on Jan. 7. 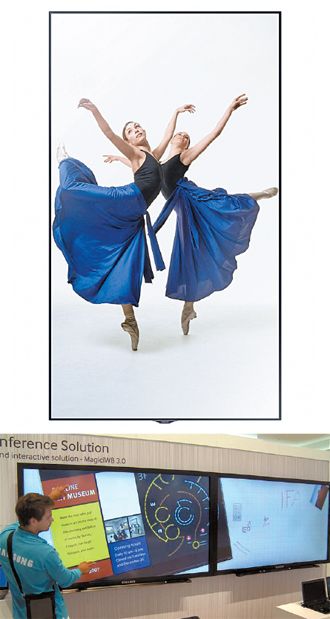 But the electronics giant did say yesterday that it hopes to wow with other electronic devices at the CES, including its large-format display technologies.

At its exhibition booth, which it said will be decorated to appear like a state-of-the-art hotel in Las Vegas, the company said it will present the future of the hotel industry, showing off a 95-inch large-format display LED it claims is the world’s largest.

In a model hotel lobby, Samsung will present a video wall providing information such as the weather and currency exchange rates, on the 95-inch screens.

Samsung said it will also showcase its Smart View technology, which enables customers to display images from their smartphones onto a large-format display. And its interactive electronic whiteboard solution technology, allowing people to write on a display as if it is a whiteboard, will also be at the exhibition.

Samsung has dominated the large-format display, or LFD, market worldwide for the past five years, taking 26.4 percent of the market in the third quarter.

Last year its market share was slightly more than 19 percent.

“On the back of innovative LFD products and solutions that we will showcase at the upcoming CES, we will actively trailblaze new markets, such as hotels, conference rooms and shopping malls,” said Kim Jeong-hwan, senior vice president of visual display business at Samsung Electronics. 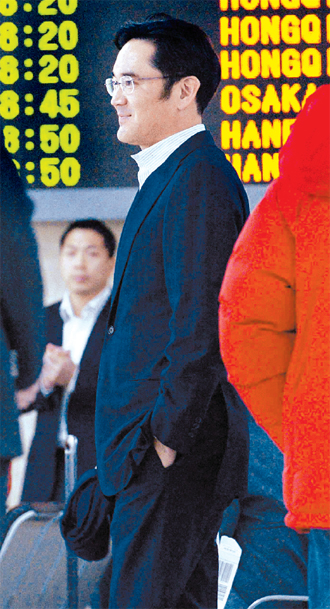 Samsung is also planning to showcase new curved ultra-high definition televisions at CES. The company said on Dec. 19 that it will display the world’s first 105-inch Ultra-HD television with a curved screen at the 2014 exhibition.

A fairly new category, ultra-high definition televisions only sold $75.2 million worldwide last year, but they grew sharply to $2.97 billion this year, according to DisplaySearch, a market research company.

The agency said it expects the Ultra-HD market to grow threefold next year.

Samsung, which began selling its 55-inch and 65-inch Ultra-HD televisions in July, seized a commanding 48.3 percent share of the market in Europe in October, up from 33.3 percent a month earlier, according to market researcher Gfk.

Yoon Boo-keun, head of the Consumer Electronics business at Samsung Electronics, said at Samsung Analyst Day in Seoul last month that Ultra-HD televisions, along with Smart TV, would be a focus of the company’s new growth strategies.

The growing emphasis on TV and business-to-business products such as large-format displays is part of Samsung’s group-wide efforts to reduce its dependence on smartphones.

On Friday, Samsung Group said it would invest around 600 billion won ($568.9 million) in its biotechnology company.

Samsung Biologics was founded in 2011 to realize Samsung’s goal, announced in 2009, to foster the biotechnology business and turn it into its next major source of revenue.