Is China’s economy a blessing or curse?

Is China’s economy a blessing or curse? 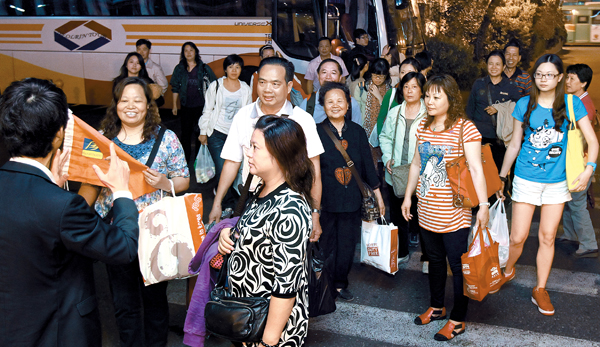 China says that 2014 will mark the beginning of the second economic reform. The “full-scale reform measures” decided at the Third Plenary Session of the Chinese Communist Party will be implemented next year. The Chinese leadership is determined to make industrial advancements, reconsider market autonomy and expand domestic consumption. How will China’s reform affect Korea?

The Galaxy, Hyundai cars and youke have one thing in common: They are driven by Chinese consumers. Samsung’s Galaxy models have taken 18 percent of the Chinese smartphone market. In 2007, Hyundai made 230,000 cars in China, and this year, Hyundai sold 1 million cars in China. Last year, Chinese tourists spent $5.5 billion during their visits, about 40 percent of the total inbound tourism income. Some consider Chinese tourists the engine that keeps the Korean economy running.

But there are more than positive gains. Terephthalic acid (TPA) is a chemical used to make the polyester PET for synthetic fabrics and plastic bottles. In the early 2000s, China’s textile demand surged, and TPA became one of Korea’s major exports. However, China expanded its own TPA facilities to produce the chemical on its own, and Korea’s export volume is constantly decreasing. In 2008, China produced 64 percent of the TPA that it used, but by next year, it will increase that amount to 90 percent. The risk that China posed to the steel, shipbuilding and IT industries has spread to the petrochemical field as well.

China’s black hole is absorbing Korea’s core technologies. Production facilities for Korea’s most competitive products, such as LCD televisions and semiconductors, are relocating to China. As the factories move, jobs follow.

In the last 20 years, China has been a blessing for the Korean economy. We have actively responded to the emergence of China’s manufacturing sector. But we cannot be so certain in the future. Korean companies can no longer take China’s technological caliber lightly. While we need to find a breakthrough in China’s domestic market, not many products can satisfy Chinese consumers. The Chinese market in the future will be very different, depending on whether we can offer advanced technology and consumer goods to satisfy China.

In the first year of reform in 2014, will China be a blessing or a catastrophe for the Korean economy? It is a question that Korea, not China, has to answer.