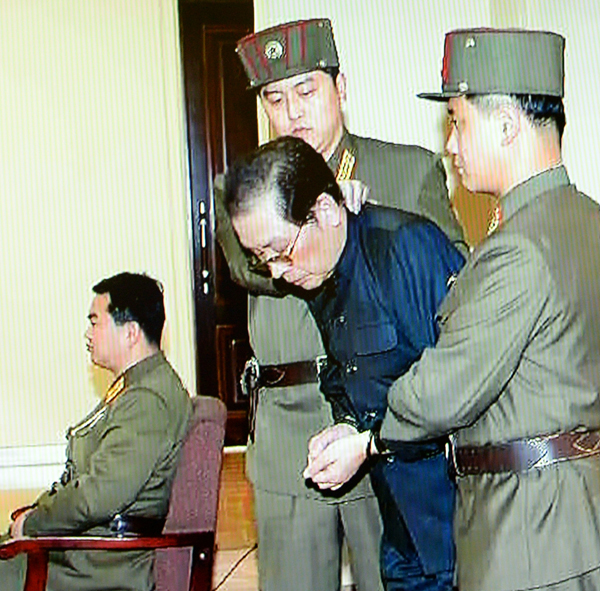 Jang Song-thaek, the once-powerful uncle and protector of North Korean leader Kim Jong-un, was brutally executed for treason on Dec. 12, five days before the second anniversary of the death of late leader Kim Jong-il, older brother of Jang’s wife, Kim Kyong-hui. It was one of the biggest ruptures within the ruling Kim dynasty.

Whether it cemented Kim Jong-un’s control or revealed deep schisms in the regime was impossible to discern immediately.

North Korean state media released a rare report detailing a long list of Jang’s crimes, including corruption, womanizing, drug taking, excessive control over profitable national businesses and trying to force a popular uprising by ruining the economy. Analysts, who believe the young leader was consolidating his rule, point to a South Korean government analysis that Kim Jong-un has replaced about 44 percent of senior military and party officials over the past two years. The person most likely to fill the vacuum Jang left is Choe Ryong-hae, director of the General Political Bureau, who acted as Kim Jong-un’s special envoy to China in May and frequently accompanies him on public outings.