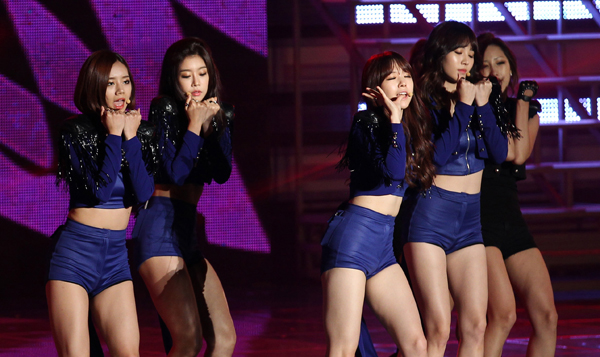 Idol group Girls’ Day will release its third mini-album on Friday. The group’s agency, Dream Tea Entertainment, said that the new album will have four songs, including “Something” and “Show You.”

To build interest in the comeback, the group has been releasing photos of each member over the past week.

The members have been trying to project a sexy, provocative look, posing in fishnet stockings and tight outfits in the black-and-white photos.

The group will have a showcase to promote the new album on the day of its release, along with a performance that same day on KBS’s “Music Bank.”