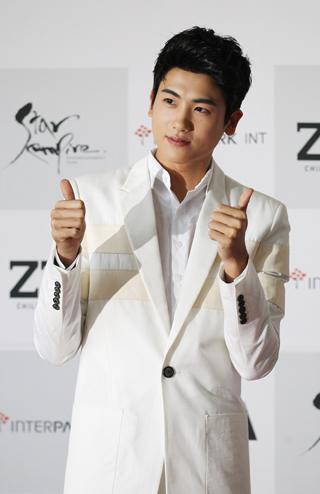 Park Hyung-sik, a member of the boy group ZE:A, said that hosting the MBC Korean Music Festival was a good experience, even though he made a mistake when announcing Kara’s performance.

“I welcomed the New Year as an MC,” he said on Tuesday. “As I was on a live show for around five hours, I want to say sorry for my mistake, as I was nervous.”

When Hyung-sik introduced the girl group Kara, he said that the performance would be the last from the group.

But as no such breakup has been announced - there have only been media reports that member Nicole is considering leaving the group - the audience was confused.

After Hyung-sik made the comment, the four other MCs corrected him. By Lee Sun-min