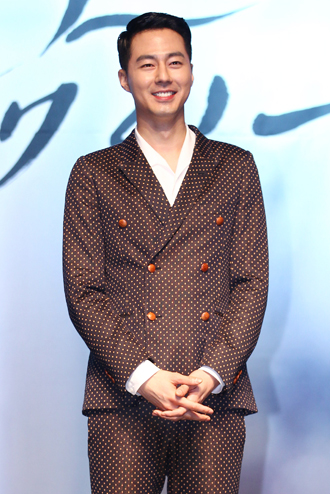 Actor Zo In-sung, who most recently starred in the SBS drama “That Winter, the Wind Blows,” recently visited China, where he was honored for his fashion sense.

According to his agency yesterday, he attended the Sohu Fashion Awards and is the first Korean celebrity to be part of the event.

The show is considered one of the most prestigious fashion awards in China.

Zo appeared at a red-carpet event in Shanghai before the award ceremony, which was recorded and will air through six local channels, including CCTV.

The actor reportedly plans to do some interviews with local media there before coming back home.