The ultimate away game ­

The ultimate away game ­ 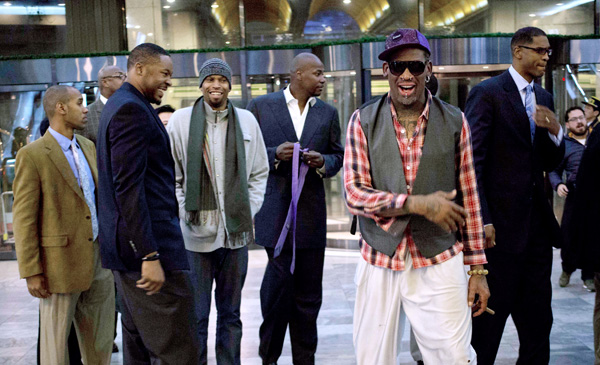 Former NBA basketball star Dennis Rodman, foreground right, and fellow U.S. basketball players arrive at a hotel in Pyongyang, North Korea, after returning from an official dinner on Monday. Rodman arrived in the North Korean capital with a squad of former basketball stars in what he calls “basketball diplomacy,” although U.S. officials have distanced themselves from his efforts. [AP/NEWSIS]