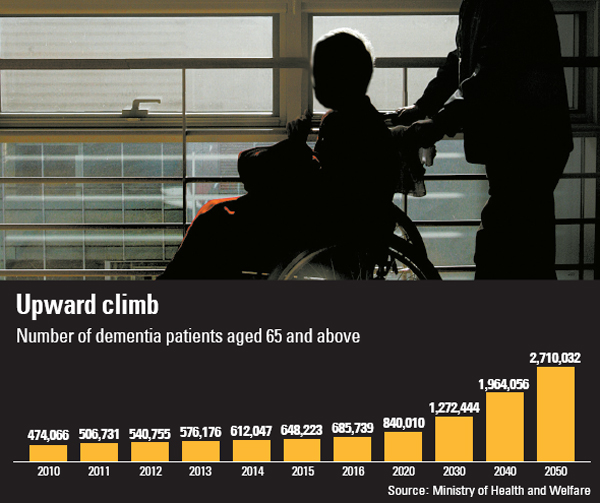 The father and grandparents of Leeteuk, or Park Jeong-su, a member of the popular K-pop band Super Junior, were found dead in an apartment early Monday. The father had left a suicide note saying he was taking his parents to heaven.

According to the police precinct in Dongjak District, southern Seoul, the 57-year-old father of Leeteuk was found hanging in the bedroom of his apartment in Dongjak. The grandparents were found on their bed, covered with a blanket.

Both of the elder Park’s parents are said to have suffered from dementia in recent years. His father was 84 and his mother 79. The police said Park, who worked in the foreign trade business, had supported his ailing parents for 15 years.

Leeteuk’s talent agency, SM Entertainment, announced Monday that a car accident had claimed the lives of its star’s father and grandparents. They later retracted the claim.

Park was reportedly hundreds of millions of won in business debt. He killed his parents and himself a day before the parents were supposed to be sent to a nursing facility, according to the police.

The three bodies were found by Park’s nephew, who reported the deaths to police, at around 9:50 a.m. Monday. Leeteuk, currently undergoing his two-year mandatory military service, has been given leave for the funerals. The police said at the request of the family that it will not disclose the full contents of the suicide note left by Park. It will not conduct an autopsy on the victims.

Super Junior debuted in 2005 and has enjoyed wide popularity across Asia, riding the so-called Korean Wave of pop exports.

The suicide-murders underscore an ongoing social problem with elderly people suffering from dementia, which is worsening as Korean society rapidly ages.

According to the Ministry of Health and Welfare, the number of dementia patients aged 65 and above reached 576,176 last year, up from 474,066 in 2010. The ministry said the number would climb if it included patients kept out of the health system by their families. With those included, the number could go well beyond 600,000 and reach 1.27 million by 2030.

Korea’s Confucian-based culture places heavy emphasis on the responsibility of children taking care of elderly parents at home rather than placing them in nursing homes.

There have been a string of cases featuring younger relatives murdering family members with severe dementia after years of caring for them.

Last August, a 68-year-old man surnamed Yoon was sentenced to five years in prison for killing his mother, 91, who suffered from dementia for 35 years. Yoon had taken care of her.

In October 2012, a 78-year-old man surnamed Lee, who had taken care of his wife’s dementia for two years, choked her to death in Yeongdeungpo District, western Seoul. Lee tried to kill himself by jumping off the apartment balcony but was stopped by his son. Lee received a three-year jail sentence in January 2013.