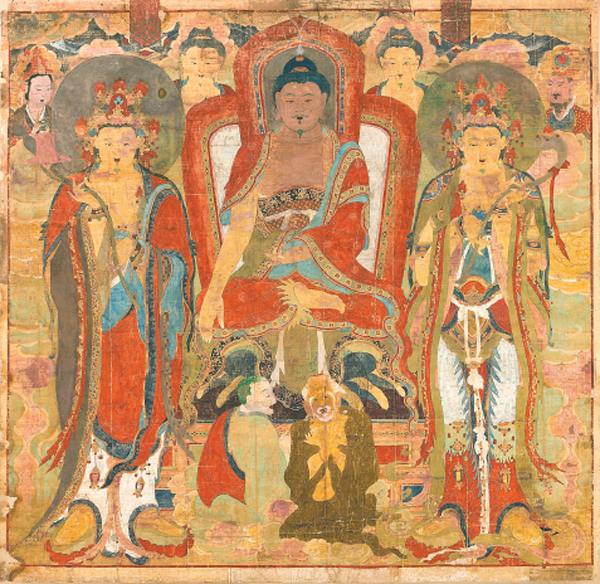 A Korean painting of the Buddha Triad, stolen by Imperial Japan and recently returned to the country, is revealed to the public yesterday by the Overseas Korean Cultural Heritage Foundation. Assumed to date from the 1730s, during the Joseon Dynasty (1392-1910), the 3-square-meter (3-square-yard) painting was forcibly removed from a temple in the early 20th century. It ended up in several U.S. museums such as the Hermitage Museum and Gardens in Virginia, which returned the painting to its homeland in December. Provided by the Overseas Korean Cultural Heritage Foundation