TVXQ’s latest is profiled on Billboard

TVXQ’s latest is profiled on Billboard 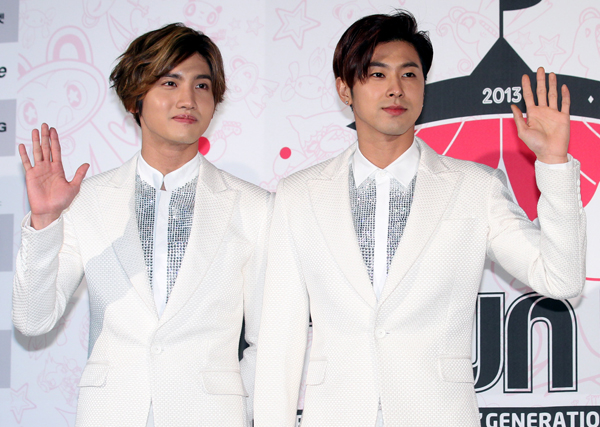 Idol group TVXQ attracted the attention of Billboard with its seventh album, “Tense,” which was released on Monday.

In the magazine’s K-pop column, “K-Town,” the American music trade magazine gave a rundown of TVXQ’s 12 songs, praising the group for lasting more than 10 years.

“After a decade of defying the odds (five years is usually considered the expiration date for idol groups) and breaking international records, TVXQ members Yunho and Changmin celebrate their anniversary and return to the K-pop scene,” wrote Billboard.

The new album topped many music charts overseas, including Vietnam and Japan yesterday, and is ranked in the top 10 on iTunes album charts in Singapore, Thailand, Hong Kong, Indonesia, and many more countries in Asia.

The lead single, “Something,” has also earned many strong reviews from music critics.

“While TVXQ! has gifted the K-pop scene with forward-thinking electronic-pop treats, [“Something”] is a delightful delicacy that successfully combines the sounds of the past and today,” said the Billboard article.