The virtue of being unpredictable

The virtue of being unpredictable 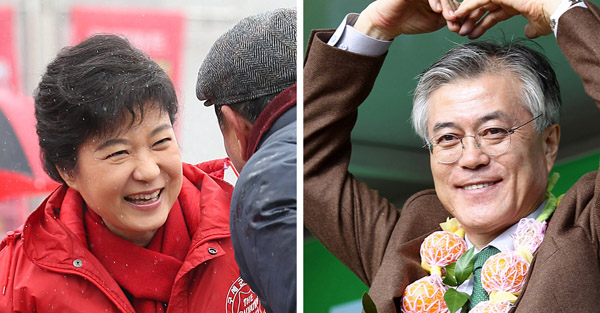 In 2013, the bosses of the Republic of Korea did not deviate from expectations. The political leaders, especially President Park Geun-hye and the Democratic Party’s Moon Jae-in, faithfully stuck to their own lines and fought only for their camps. They spoke and decided as expected. Their supporters came to love their bosses even more and clearly learned who their enemies were.

Even in the course of the longest railway strike in history, which lasted 22 days, the politics were totally predictable. The Saenuri Party called the union workers criminals and focused on the economic losses caused by the strike. The Democratic Party reacted to privatization rumors and tried to take advantage of the anti-Park effect. Political leaders also were perfect at making political issues out of the National Intelligence Service’s election interference and the controversy over the transcripts of the inter-Korean summit meeting in 2007.

So the latest drama between those bosses is not very interesting. It is so predictable, and we already know what the leaders will say and what solutions they will offer.

Being unpredictable is a virtue, not just for an artist but also for a political leader. Former President Roh Tae-woo, who was a conservative, introduced price restrictions and other regulations on land ownership, while progressive President Roh Moo-hyun signed a free trade agreement with the United States. While their core supporters felt betrayed by these moves, the decisions ultimately boosted their approval ratings. They won the hearts of those who did not vote for them and even loathed them. When approval ratings go up, leaders get more opportunities to realize their ideas.

During the election campaign of 2012, Park was flexible. When she was chosen as the Saenuri Party candidate, she visited President Kim Dae-jung’s grave and met with Kwon Yang-sook, the former first lady and wife of Roh Moo-hyun, in Bongha Village. Park repackaged “economic democratization,” DP’s signature policy, as her own. To become Korea’s leader, she tried to win the hearts of moderates and opponents. But why did she stop making such efforts after being elected?

Moon Jae-in, who is eyeing a presidential run in 2016, has a chance of winning if he goes against expectations. When a politician talks about the last election, supporters may cheer for him, but it leaves him isolated. In any kind of battle, the defeated need to admit defeat in order to end the game. If not, his supporters will not accept it. If the situation continues, Moon could lose everyone in the middle and on the other side.

Predictability doesn’t work. Literature that does not create an unfamiliar world cannot impress readers. A conservative leader who advocates conservatism and a progressive leader who speaks of liberalism cannot lead the entire nation. In 2014, I hope to see them betraying their own camps and going in the opposite direction from time to time.