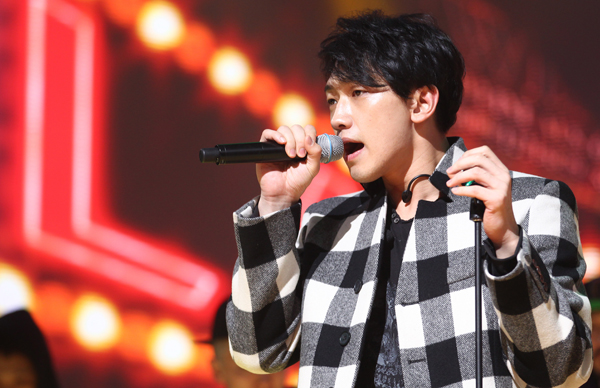 Rain, who released “Rain Effect” last week, his sixth album, will show a more down-to-earth side to TV viewers in a new reality program.

The singer recently completed filming for an episode of the popular entertainment show “1 Night 2 Days,” an industry expert said yesterday.

It has not been decided when the episode will go on air.

Meanwhile, Rain posted a message on his Twitter account yesterday to show his gratitude for his fans’ support.

“Thank you so much for [Thursday], and I’ll put in more effort,” he said, while being honored at the top spot of the weekly music chart “M Countdown,” which appears on a popular music show of cable channel Mnet.

He also posted a photo of himself holding the trophy he got on Thursday. During the program he performed his new songs “30 Sexy” and “La Song” for the first time since they were released last week.