Learning from past failures

Learning from past failures 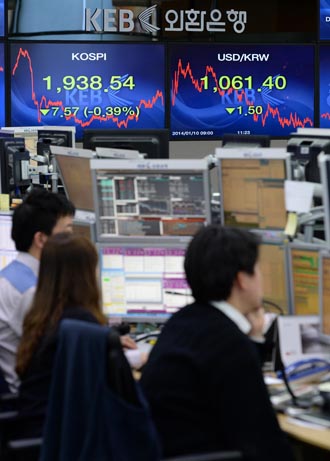 Foreign exchange dealers work at the headquarters of Korea Exchange Bank in Seoul on Friday. [NEWSIS]

I had an opportunity to talk about government performance and styles of several countries with international affairs experts. One person from an international financial organization said South Korea was successful in generating results in a short period of time. Everyone in the group agreed. Korean people are unrivaled in dynamic resolve, responsiveness, integrity and determination to win. But none could agree that all of Korea’s unique strengths have a lasting effect. Overall, Koreans have not had the drive to see their work through.

Late last year, the government announced mid- and long-term measures to strengthen competitiveness of the financial industry. It was a blueprint on upgrading the business and value of the financial sector to more effectively revive the economy and add jobs. The industry welcomed the government’s long-term commitment to bolster financial services, but at the same time questioned whether the policies could be carried out as planned.

Ten years ago, the government unveiled a more comprehensive and ambitious financial reform plan. The centerpiece was to turn Korea into a financial hub for Northeast Asia. The vision overall had been complicated, but its essence was to create a financial hub active in international trade and settlements. Because Korea was unqualified to build cosmopolitan financial centers like London and New York, the country aimed for a more modest goal of creating a specialized hub for asset management businesses by the end of 2012. It was a specific and realistic road map for the time being. But in retrospect, the plan did not work out. None of the world’s 50 biggest asset management companies run regional headquarters in Korea. Foreign banks have withdrawn their outlets or are reducing branches here. The Korea Investment Corporation - established in 2005 to manage Korean public funds and foreign reserves - has yet to fulfill its role as the prime state fund operator. Government power changed over the past decade and the country was shaken by the global financial crisis. But at the end of the day, Korea failed to see its plan through. The vision may have been a little far-fetched, but we must question if the government had the will and drive to follow it through completely.

Most countries chuckled to themselves when Beijing announced in mid-2009 an ambitious goal to make the renminbi a major reserve currency by 2020. Few believed the currency of a state-controlled economy and shady financial sector could be internationalized. But the government worked persistently toward its goal by expanding trade settlements in yuan and creating offshore markets for the Chinese currency. Even with some risk-taking, Beijing increased currency swaps with other countries. According to a Reuters report last month, the Chinese currency accounted for 8.7 percent of world trade, beating the 6.6 percent share of the euro, to become the No. 2 international trade currency after the U.S. dollar. Britain, Hong Kong, Singapore and Japan are expanding cooperation with Beijing to increase renminbi trades.

A country’s financial sector must be strong to sustain its economy. I hope the government will work on its new outline on developing the financial sector until its goals are achieved. The plan includes specific targets to continue efforts to build financial centers. I hope the plan of building a financial hub for Northeast Asia in Korea gains momentum.

The original outline - internationalizing the bond market; bolstering transparency and trade efficiency in stocks and the foreign exchange market; developing customized demand and products for Northeast Asia; drawing in multinational financial institutions and promoting overseas expansion by local institutions; and upgrading financial regulations, supervision and examination to global standards - all are necessary for the financial market and industry of today and for the future to generate new growth and widen the services sector. Giving up just because we have failed in the past won’t get us anywhere. We may end up at the bottom among Asian rivals. We still must strive to be the best in longer run.

*The author is president of the Korea Center for International Finance.