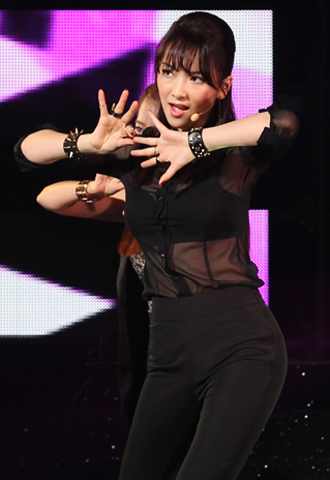 Kang Ji-young of the girl group Kara said she plans on letting her contract with her management agency expire, just one day after the agency confirmed that another Kara member, Nicole, is leaving.

Kang, whose contract with DSP Media ends in April, has previously said she might leave Kara because she wanted to study abroad.

As recently as yesterday, DSP said only Nicole was leaving and that Kang was still considering her options. But media reports early yesterday said that Kang had already informed the agency of her desire to leave.

After many reports emerged yesterday about Kang also leaving the group, the agency again asked the singer about her future plans, and this time was told that she would leave Kara.

Even without the two singers, the agency said the group will not disband, continuing with remaining members Park Gyu-ri, Han Seung-yon and Gu Ha-ra.