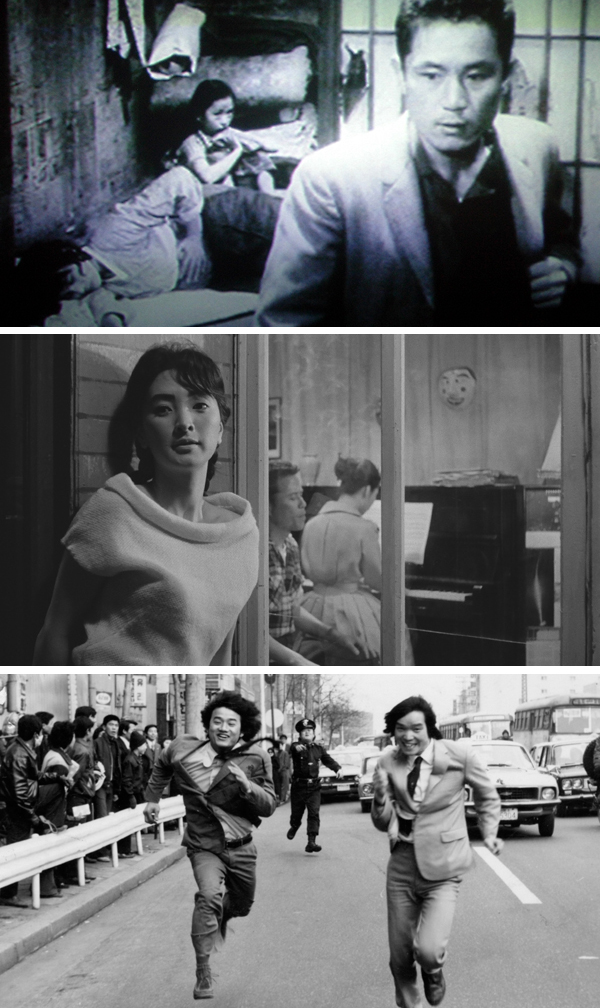 It was a big day for Korean movies yesterday as the Korean Film Archive announced its top 101 Korean films of all time, also adding that it has discovered a lost film from the 1960s, a classic it plans to digitally restore.

Lee Byung-hoon, director of the KFA, released the list of top Korean movies, compiled from a survey of 62 leading cinema experts, just in time to mark the organization’s 40th anniversary. Lee said that these titles will be screened at the KFA Cinematheque in Mapo, western Seoul, over the next year.

Many directors had multiple works on the list, and 77-year-old director Im Kwon-taek featured the most with “Jjagko,” “Mandala,” “Gilsotteum,” “Ticket,” “Surrogate Mother,” “Seopyonje” and “Chunhyang.”

The oldest film on the list was “Turning point of the Youngsters” (1934) by Ahn Jong-hwa, while the most recent was the 2012 “Pieta” by Kim Ki-duk.

Some other contemporaries acknowledged from the last two decades were Im Sang-soo, Hong Sang-soo and Park Chan-wook.

The last time the KFA released such a catalog was back in 2006, and it said it hopes to use the revised list to promote Korean films internationally.

After announcing the ranked films, the archives also announced that it will be screening a movie from the 1960s that was thought to be missing for years.

The documentary “Popular Songs of Half a Century,” directed by Kim Gwang-su in 1968, was thought to have been lost after it screened in theaters in the 1960s.

But in 2012 a KFA official heard that the film’s head of production, Park Woong-il, still had the reel in his possession. After a year of talking with Park, the KFA convinced him to hand over the original.

The documentary was the first of its kind, shot in color and chronicling popular songs and singers from the 1920s to 1960s. There are 25 songs contained in the film, comprising of both music videos and live performances from top singers of the day like Choi Hee-joon, Ju Hyun-mi and Patti Kim. The film will screen in May at Cinematheque KOFA.

The KFA also announced it will be digitally restoring the classic “Aimless Bullet,” as the current version is badly damaged.