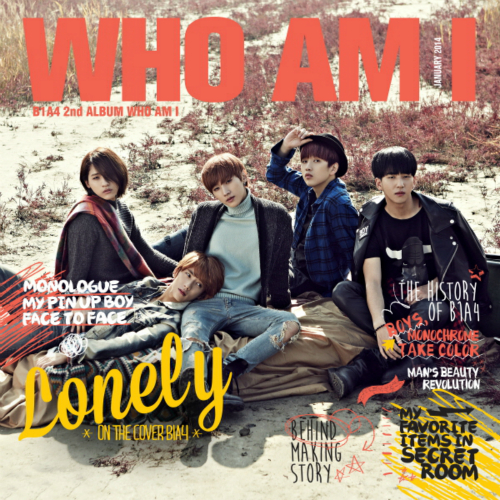 B1A4, Who Am I, Label: Ponycanyon, Genre: Dance

The avalanche of boy groups in the K-pop scene make it hard for one to stand out. Nonetheless, B1A4 proves on their latest album, “Who Am I,” that they are one-of-a-kind band.

On this new album, the five young men, who are all in their early 20s, talk about love (“Lonely”), friendship (“The Road”) and their dreams (“Seoul”). Their lead-off single, “Lonely,” has topped many online music charts already.

One thing that distinguishes B1A4 from other K-pop boy bands is that they can compose, sing and rap, like few others. According to the Korea Music Copyright Association, as of January 2014, Jin-young of B1A4 is one of the top composers among K-pop idol bands. He has produced eight songs with his trademark upbeat vibes this year.

The beats and sound of the album are enticing, although some songs are larded with frustratingly bland lyrics that focus too much on making “swag” rhymes. However, B1A4’s new album does make a clear statement about “who they really are” in the midst of a fierce competition of K-pop idols.