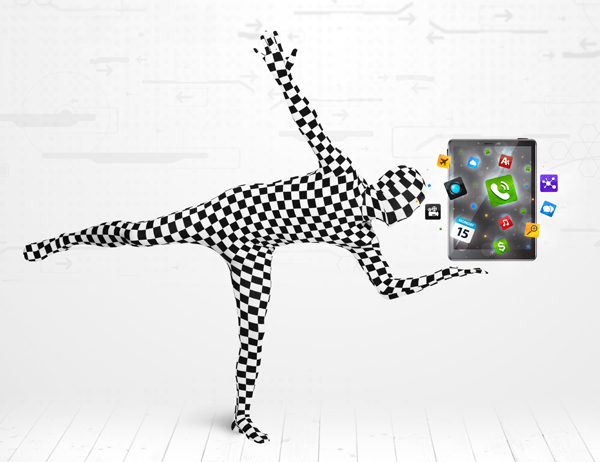 A 32-year-old office worker surnamed Lee, who commutes for more than an hour every day, often watches videos on his way to and from work.

Although he says the LTE service he uses is fast enough to watch videos and listen to music online, buffering occurs at times when the video doesn’t run smoothly, or images fade.

However, with the new LTE Advanced (LTE-A) service being developed by SK Telecom, KT and LG U+, similar annoyances with the wireless network are expected to disappear, because users will experience download speeds four times faster than the current LTE service.

While it takes a minute and 57 seconds to download a 1 gigabyte video with LTE and 55 seconds with the broadband LTE, it will take about 27 seconds with a smartphone using 3band LTE-A.

Users of the 3band LTE-A service will also be able to listen to uninterrupted audio that resembles the clarity of live performances, or they can watch real-time Full-HD video at twice the clarity of existing HD audiovisuals.

After KT tested the commercial network service of its broadband LTE-A service on Tuesday, SKT and LG U+ said yesterday that they have developed the world’s first 3band LTE-A. 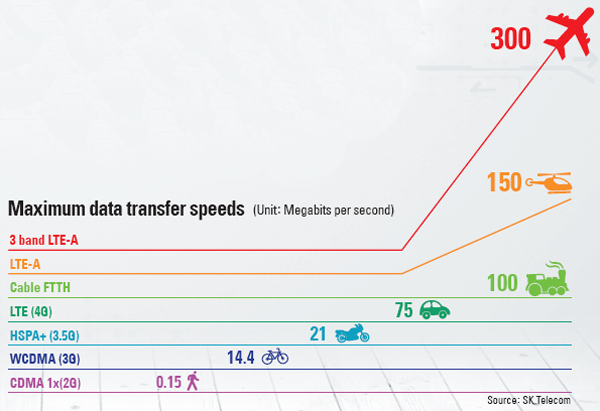 Both new 3band LTE-A services are faster than the LTE-A developed last year by SKT, which has download speeds of 150 megabits per second.

SK Telecom developed the 2band broadband LTE-A service in November, combining a frequency band in the 20 bandwidth with one in the 10 megahertz bandwidth. KT commercialized the LTE-A network service last week.

SKT and LG U+ have again taken the lead in the competition with the 3band broadband LTE-A service.

“SK Telecom has secured a strong global leadership in communications technology through consulting contracts with mobile carriers around the world and with the predominance in communication quality,” said a SK Telecom spokesman

“Along with the standardization of the current technology, we are preparing to launch mobile devices that support the service. We expect that the service will be commercialized this year.” 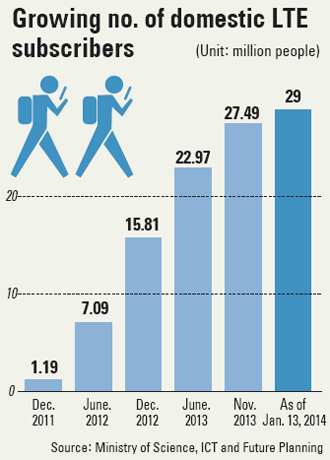 When mobile devices that support the faster network are launched by smartphone makers in late 2014, local users will be able to experience the new LTE-A service.

SK Telecom also added that it will showcase a 3band LTE-A service combining three 20 megahertz bandwidths, which will have a download speed of 450 megabits per second, at the annual Mobile World Congress in Barcelona, Spain, next month.

No. 1 player SK Telecom accounts for almost half of the mobile carrier market, followed by KT and LG U+, all of which have been vying in a competition to take the lead in LTE technology.