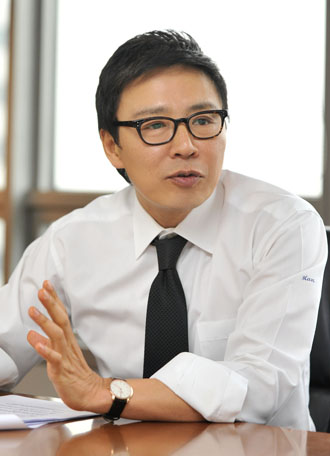 Japan is on the move - and it’s taking some surprising turns. After succeeding in turning around market sentiment through bold quantitative easing and government spending, the Abe Cabinet laid out Japan’s revival plan and launched an all-out growth strategy. Under the plan, Japan seeks to actively expand overseas, a departure from the direction of past economic policy. As someone who has spent 20 years in Japan’s finance industry and experienced firsthand the country’s depressed economy, the recent moves strike me as unfamiliar.

Even more shocking was the mood during a visit to Tokyo last September as a representative of Korea in the Asia Business Summit 2013. At the event attended by Japanese ministers and more than 1,500 business leaders from 12 countries, Minister of Economy, Trade and Industry Toshimitsu Motegi delivered a speech titled “Japan’s Strategies for Economic Growth and Global Expansion” and detailed how the Japanese economy is recovering from the recession through Abe’s “three arrows” - monetary easing, public spending and stimulation of private investment.

The air was filled with enthusiasm over positive economic indicators and Tokyo’s selection as host of the 2020 Olympics. It was surprising - chilling even - to see such a united front.

As part of the Japan Revival Plan, the country is actively negotiating free trade agreements (FTAs) in an attempt to catch up with Korea’s FTA network through the Trans-Pacific Partnership and the Japan-EU FTA, among others. Japan also has established a strategy to expand into emerging markets, categorizing them into three regions - China and Asean member states; Russia, the Middle East and Latin America; and Africa - to secure resources and help businesses enter overseas markets and win infrastructure projects.

Japan seeks to strengthen its influence on Asean to use it as a base from which to boost its economy. As of 2011, Japan was Asean’s second-largest trade partner, with 11.4 percent of its volume (Korea was fifth at 5.2 percent). Also, Japan is the second-largest investor for Asean, representing 11.7 percent total Asean investments from 2009-11 (Korea was the seventh largest at 3 percent).

More than 30,000 Japanese companies have manufacturing bases in China and the Asean region, and Japan is working on establishing a continuous, longer-term presence in these regions by targeting consumer markets and upgrading the supply chain.

Korea cannot ignore the influence of Japan’s overseas expansion drive. Highly dependent on trade with Japan, especially its parts and materials, Korea’s trade deficit with the country will widen as its exports increase. Also, Japan has been the largest investor for the past three years (2010-12) and its second-largest investor, after the United States, on a cumulative basis since 1962. In other words, Japan is both a competitor and partner to Korea, which calls for a future-oriented relationship.

Unfortunately, many attempts to improve Korea-Japan relations have failed due to noneconomic factors. A recent example is the souring of relations triggered by Prime Minister Shinzo Abe’s visit to Yasukuni Shrine. The problem is that Japan’s perception of history will not be corrected over the short term. Younger Japanese are more hard-line and straightforward than older generations.

Under such circumstances, it is wiser to find a way to use Japan to our advantage rather than deal with issues emotionally.

Most urgently, we must make Japan aware of Korea’s importance as an economic partner. Japan should understand that Korea’s support is essential for strengthening relations with the United States, EU nations and other countries. As a long-term priority, and as a key figure of integrated Asia, Korea must play a pivotal role in helping Asia take the leap toward becoming the center of the global economy through the realization of the Korea-China-Japan FTA and Northeast Asia-led “One Asia” vision. Now is the time for Korea to upgrade Korea-Japan relations to a mutually beneficial win-win structure and focus on establishing Korea as the driver of Northeast Asia’s economic growth.