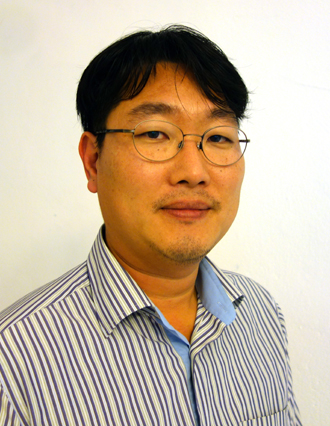 Han Seok-woo, the 39-year-old head of the Libyan Korea Trade-Investment Promotion Agency (Kotra) office who was abducted by a group of gunmen four days ago, has been rescued and is safe, Korea’s Ministry of Foreign Affairs confirmed yesterday.

Seoul cooperated with the Libyan government and its military, which rescued Han from his kidnappers near the Libyan capital of Tripoli around 5 p.m. local time on Wednesday.

He was forcibly taken from his car by four unidentified gunmen late Sunday afternoon on his way home from work. His Iraqi chauffeur, left behind with the car, reported the case to the Korean Embassy immediately.

Han’s abductors, who belonged to a small armed group, demanded a $2 million ransom from the Korean government.

However, the Korean government, following its policy of not paying ransom money, cooperated with the Libyan authorities, who tracked down the armed group and rescued Han successfully.

Han, apparently in good health, was transferred to the embassy yesterday, the Korean Ministry of Foreign Affairs said, and his kidnappers were arrested by Libyan officials.

The men allegedly had not intended to specifically target a Korean and “their motive was ransom money,” a foreign affairs official said.

Libyan officials arrested the gunmen without a major clash, the official added, and “without handing over ransom money to the kidnappers, in compliance with our government policy.”

While under the guise of negotiating ransom money with the abductors, Korean officials, in close cooperation with the Libyan government, its military and international organizations, worked on the rescue mission, according to a ministry official.

However, the Foreign Ministry was not able to provide further details on the rescue mission out of confidentiality concerns.

Han received a basic health examination. He was sleep deprived from stress and anxiety and was ordered to rest. He is expected to stop by Malta, where is wife and children reside, before returning to Korea.

Han began working on trade relations for Kotra in Tripoli in July 2012 and is the only staff member in the Libyan unit.

“Our government extends deep thanks to the Libyan government for closely cooperating with us in Han’s rescue,” said Cho Tai-young, spokesman for the Korean Foreign Ministry, said yesterday. “[We] hold their efforts in high regard.”

On Monday, the Foreign Ministry issued a special travel warning for Libya and warned the 551 Korean expatriates living there to move to a secure place.

Since the ouster and death of Libyan dictator Muammar el-Qaddafi, the country has faced ongoing instability and escalating violence.