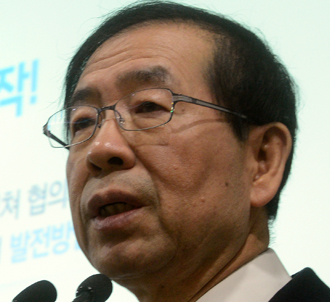 “The four districts [Seongbuk, Gangbuk, Dobong and Nowon] have been regarded as just residential areas on the outskirts of Seoul,” said Park at a briefing. “But they will become a population center for 3.2 million people living in and around the districts.”

The purpose of the plan is to develop the northeastern area of Seoul and to balance the levels of development in the city. The Seoul Metropolitan Government is planning hotels, department stores and theater complexes in the 94-acre area.

The area is like a bridge between the central area of Seoul and cities northeast of Seoul. Despite their good natural environments, universities and human and technological resources, the four districts were designated to be residential areas, which inhibited their development in terms of jobs and infrastructure.

The plan was first made by the district offices and development research organizations. Seoul’s government played a role in coordinating the suggested plan and existing city policy.

According to the plan, Jungnang Stream, which flows through all four districts, will become an ecological stream with improved water quality and new parks around it. The stream will be a “green living environment area” along with a closed railroad area that used to connect Seoul with Chuncheon, Gangwon.

A business area for start-up companies will be set up around Kwangwoon University and Seokgye Station, and a business start-up assistance center is also planned around Gongreug-dong, Nowon District.

Some analysts said the purpose of the development plan is to win votes in the Seoul mayoral election scheduled in June. Park is running for re-election. The residents of northeastern Seoul account for about 20 percent of the whole city.

Oh Se-hoon, Park’s predecessor, also promised a “northeastern Seoul renaissance” in June 2009. The plan was to form an economic and cultural base along the Jungnang Stream with a budget of 18 trillion won ($16.6 billion). The plan was aborted after Oh stepped down in August 2011.