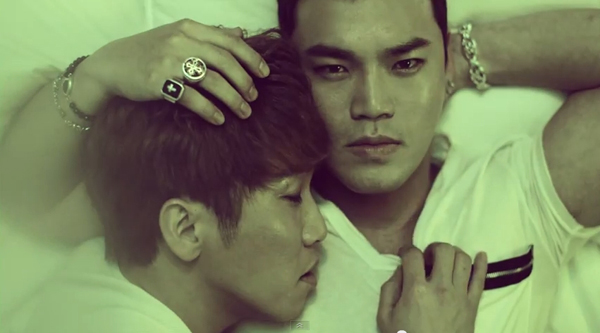 Comedian Yoo Se-yoon from “Saturday Night Live Korea” is back with another music project, this time with R&B singer Lee Jung.

The new group will be called YooJungRan, a portmanteau for “Yoo Se-yoon and Lee Jung’s mayhem,” although literally it means “fertilized egg” in Korean.

The duo’s first song “*23#” refers to a Korean telephone dialing code used to hide one’s identity when making a phone call. The song is a humorous take on a man lingering around the home of an ex-girlfriend following a breakup.

“Since they met on the Mnet talk show ‘Beatles Code’ in 2011, they have been sharing their feelings about music,” said Yoo’s agency, Koen Group.

Together with music mogul Park Jin-young, they had a big hit in 2011 with the song “Itaewon Freedom.”