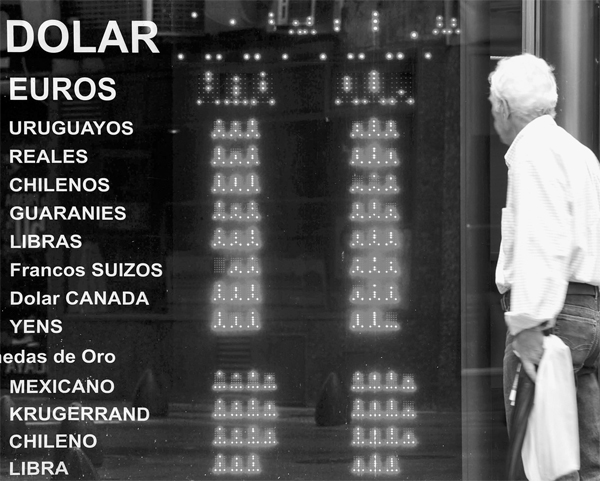 From Istanbul to Brasilia to Mumbai comes a crescendo of complaints about dollar imperialism. Heads of state and central bank governors allege that the policies of central banks in industrial countries, especially the U.S. Federal Reserve, pursued in self-interest, are wreaking havoc in emerging-market economies. This allegation is mostly unfair. Emerging markets aren’t hapless and undeserved victims; for the most part they are simply reaping what they sowed.

Start first with the strange symmetry of the complaints. When the Fed relaxed its policy via quantitative easing, emerging-market countries, especially Brazil, complained about the wall of money flooding their markets and putting upward pressure on their currencies. Now, with the Fed slowly unwinding the program, the complaint from emerging economies is that capital is fleeing. The Fed is damned regardless of whether it dams the supply of dollars or undams it. The Fed has received scant word of thanks for propping up the United States and, hence, the world economy at a time when policy elsewhere (especially in Europe) was so counterproductive.

Then there is the complaint about the asymmetry of cooperation. Emerging markets had supported global growth through huge fiscal and monetary stimulus in the aftermath of the Lehman Brothers Holdings crisis. However, as emerging markets experience volatility today, action or concern from industrial countries isn’t forthcoming. The problem with this nonreciprocal argument is, simply, that the stimulus enacted in 2008 and 2009 was entirely self interested. The Fed may not be internalizing the objectives and constraints of other countries today, but neither did emerging markets act on the behalf of the Fed then. It isn’t convincing to cloak self interest as unselfish cooperation.

The victimhood narrative is further misplaced for two broader reasons. Many large emerging-market countries have consciously and enthusiastically embraced financial globalization. Yes, the foreign finance fetish reigned as the prevailing ideology in the run-up to the Lehman crisis. But there were no domestic compulsions forcing these countries to so ardently woo foreign capital. Last summer, when a bout of volatility hit the fragile five - Brazil, India, Indonesia, South Africa and Turkey - many of them responded by trying to open up their economies and enact policies to attract even more capital.

Over the last five years in India, every episode of rupee pressure has provoked a relaxation of regulations on foreign inflows, which has rendered the economy vulnerable to the next rupee shock, which, in turn, provokes the next liberalization and so on. In Turkey, policy makers spun a tale of invulnerability to shocks and contagion even as the economy’s growth was driven by a flood of short-term capital inflows. China provides an instructive contrast.

China has chosen to insulate itself from foreign capital and has correspondingly been less affected by the vagaries of Fed actions and the fickleness of foreign finance. Chinese policies aren’t blameless, but their economic insulation has afforded them the luxury of being the recipient of complaints rather than the distributor.

Having chosen to embrace financial globalization, emerging-market countries then proceeded to follow economic policies that were bound to create volatility. The fragile five ran up large current account deficits; some of them also had high inflation and large fiscal deficits. These countries lapped up foreign funds instead of tightening lending regulations and imposing prudential controls. Political turmoil and looming uncertainty in the run-up to elections have compounded the problem.

It is evident that the world economy could do better with more international coordination. But the fact is that the emerging economies’ troubles are domestically generated problems and not the fault of foreigners. The complaint of emerging-market countries seems a classic case of blaming outsiders for choices and actions that have been predominantly domestic.

Emerging markets need to wake up to what many should have long known: Financial globalization is a decidedly mixed blessing. It is a source of volatility, and it exposes a country to the actions of others, especially the United States, a nation with no obligation to charity.

*Dani Rodrik is a professor at the Institute for Advanced Study in Princeton, New Jersey, and Arvind Subramanian is senior fellow at the Peterson Institute for International Economics.