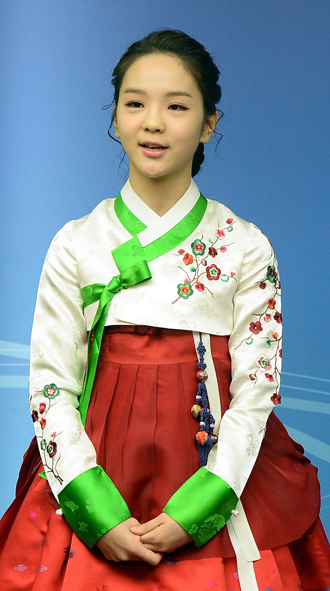 Song So-hee, a 17-year-old prodigy of traditional Korean music, has been named honorary ambassador for the United Nations Public Service Forum, which is coming to Ilsan, Gyeonggi, on June 23.

The Ministry of Security and Public Administration announced yesterday that Song will contribute her traditional music talents to the event and will also appear on posters and in promotional videos.

The singer will help create a traditional-style song for the forum, too.

Around 1,000 officials from approximately 100 countries are expected to attend the event.

Yoo Jeong-bok, Minister of Security and Public Administration, said that Song will help draw attention to the forum, which focuses on public service.

Song rose to fame recently after appearing in advertisements while singing and wearing a hanbok, the traditional Korean outfit.