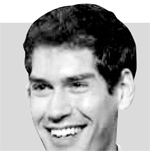 During Janet Yellen’s interminable testimony today before Congress, the Federal Reserve’s new chairman made it clear that the turmoil in certain emerging markets wouldn’t affect the policy decisions of the U.S. central bank. She’s right: Monetary policy is hard enough without having to worry about the spillover effects to other countries that should take care of themselves.

The official monetary policy report released earlier today noted that “investors appear to have been differentiating among EMEs based on their economic vulnerabilities.” In other words, if you’re an official in a country with a declining currency and rising interest rates, stop whining about tapering and think about what you did to bring those things on yourself. Here’s the key passage:

“Those economies that appear relatively more vulnerable according to the index also experienced larger currency depreciations. Moreover, the more vulnerable EMEs have also suffered larger increases in government bond yields since late April. This evidence is consistent with the view that reducing the extent of economic vulnerabilities is important if EMEs are to become more resilient to external shocks, including those emanating from financial developments in the advanced economies.”

The Fed created its index of vulnerability by combining indicators such as current account balances, growth in bank credit, the ratio of total external debt to annualized exports and the ratio of foreign exchange reserves to gross domestic product.

Emerging markets that protected themselves from the vagaries of international capital flows - such as Korea, Hungary and Taiwan - have done much better than those countries that didn’t, such as Turkey and Brazil. That’s cold comfort now if you live in a place now being abandoned by U.S., European and Japanese investors, but it’s a lesson worth remembering the next time around.