No ‘Candy’ for fans anymore

No ‘Candy’ for fans anymore 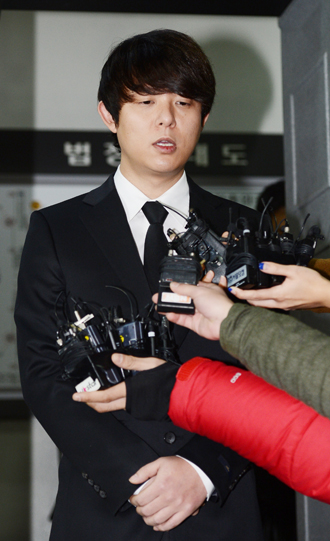 It seems that “Candy,” a classic K-pop song made famous by the pioneering group H.O.T back in 1996, will not be heard for a while - at least not on leading broadcaster KBS.

That’s because, even though the group broke up ages ago, the KBS code of ethics forbids the use of songs by artists who have committed immoral or illegal acts. And now that former member Tony Ahn has gotten wrapped up in an illegal gambling scandal, KBS is banning all of H.O.T’s songs and video clips.

The work of Ahn’s follow-up group, JTL, has also been barred.

Last December, the court sentenced Ahn to six months in jail and two years of probation for spending about 400 million won ($378,000) on online gambling from May 2009 to March 2012.

While the ban is temporary, it is unknown when it will be lifted.

Meanwhile, KBS has also decided to restrict appearances by comedian Lee Soo-geun and singer Tak Jae-hoon, who were both involved in the same gambling scandal as Ahn.