TVXQ star to try out TV

TVXQ star to try out TV 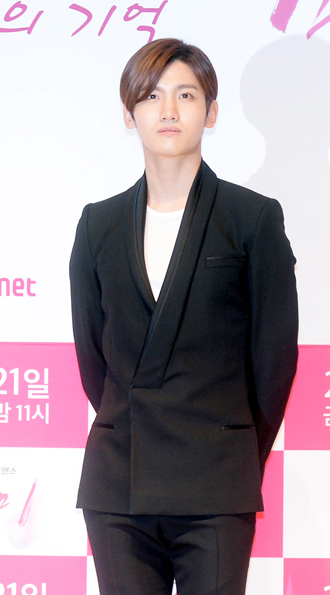 Shim “Max” Chang-min, of the K-pop group TVXQ, plans to broaden his horizons, moving into acting with the lead role in a four-episode Mnet drama, “Ghost Romance: Mimi.”

The drama is about a time traveler who discovers a big secret from the past.

Chang-min plays a famous yet reclusive webtoon creator named Min-woo, a man who has lost his memory of his first love. He travels back 10 years to meet Mi-mi (played by Moon Ga-young) and unravel their mysterious fate.

“I was happy to wear my school uniform again in my late 20s. If I could go back to high school, I would definitely date as many girls as possible,” smiled the singer, who debuted when he was only 16.

“I acted as if I had nothing to lose,” he said, when asked if he felt any pressure.

Last year, Chang-min won the Newcomer of the Year award at the 36th annual Japan Academy Awards, for his role in the film “Fly With the Gold.”

The first episode of “Ghost Romance: Mimi” will air on Friday.