‘Avengers 2’ to film in Seoul

‘Avengers 2’ to film in Seoul 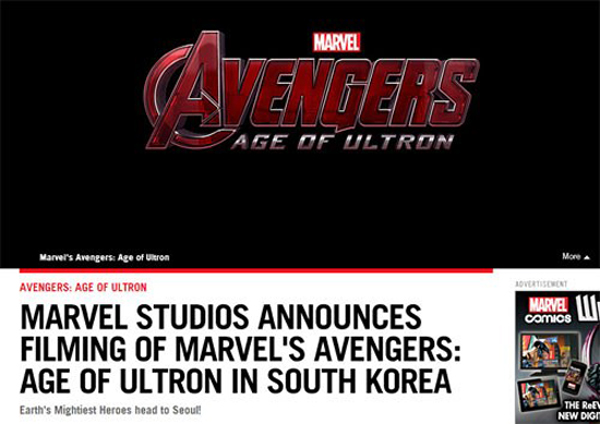 After weeks of rumors, Marvel Studio finally confirmed that it will be heading to Seoul to shoot some scenes for its blockbuster “Avengers: Age of Ultron.”

Yoo Jin-ryong, the minister of Culture, Sports and Tourism contributed to the press release, too.

“We’re very excited to have the production in Korea, and also expect this to serve as the footstep of many more opportunities yet to come,” said Yoo.

In addition to Seoul, the international production schedule for the film includes locations in London, Johannesburg, South Africa and the Aosta Valley, Italy.

Korean rookie actress Kim Soo-hyun is rumored to be playing a minor role in the film.

The sequel brings back most of the same team who made the original, including director Joss Whedon, actor Robert Downey Jr. as Iron Man, Chris Hemsworth as Thor, Chris Evans as Captain America and Scarlett Johansson as the Black Widow.