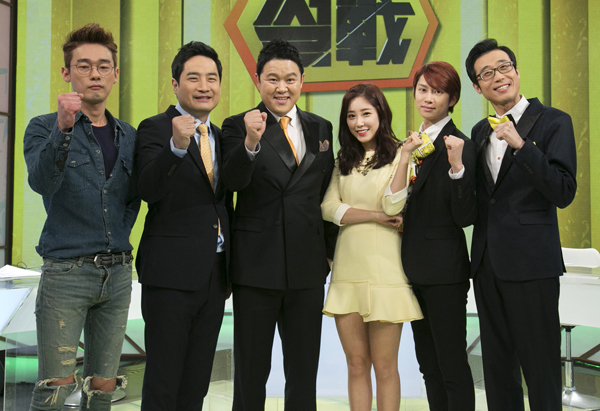 Since its debut on Feb. 21 last year, the show has dealt with a wide range of topics, including politics, the economy, sports and entertainment.

Tonight’s episode will look back at the past year, with renowned culture critic Kang Myung-seok, columnist Kim Do-hoon and scriptwriter Choi Dae-woong.

“Although there were some worries from a lot of people [at first], we’ve overcome them with an impartial approach to the society’s problems,” said the host Kim Gu-ra.

“As I analyzed the ratings for the show, ironically the topics I found less interesting had higher ratings,” added comedian Lee Yoon-seok, who holds a Ph.D. degree in mass communications.