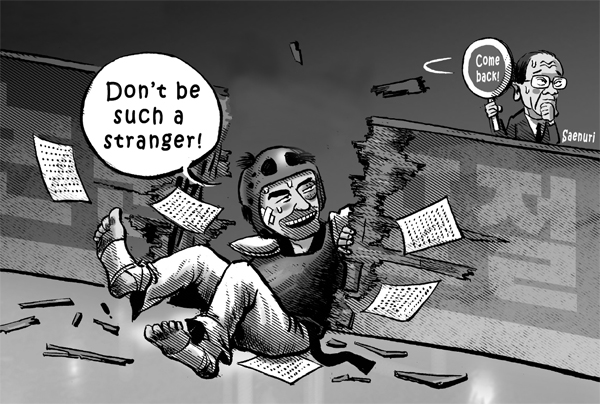 Amid controversy over the Korea Skating Union factionalism that led to skater Ahn Hyun-soo becoming a naturalized citizen of Russia, Moon Dae-sung, an Olympic gold medalist in the 2004 Olympics, received a recruiting call from the ruling Saenuri Party after he was ousted for plagiarizing a thesis.