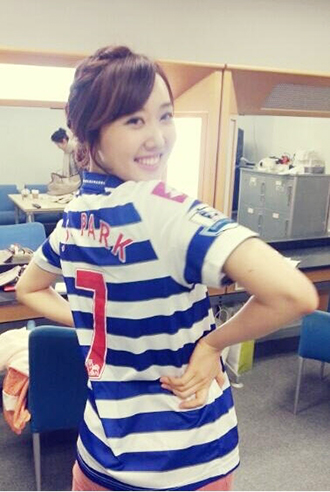 
SBS presenter Kim Min-ji will resign from her job in order to prepare for her upcoming wedding with acclaimed football player Park Ji-sung, according to local media yesterday.

Some officials from the broadcaster said to several news outlets, “It has been a while since Kim thought about quitting her job to prepare for her wedding and recently she has decided on the date March 7.”

Kim reportedly didn’t hand in her letter of resignation yet, but chose to verbally state her decision.

Park and Kim started dating in May and let the public know they were in a relationship in June.