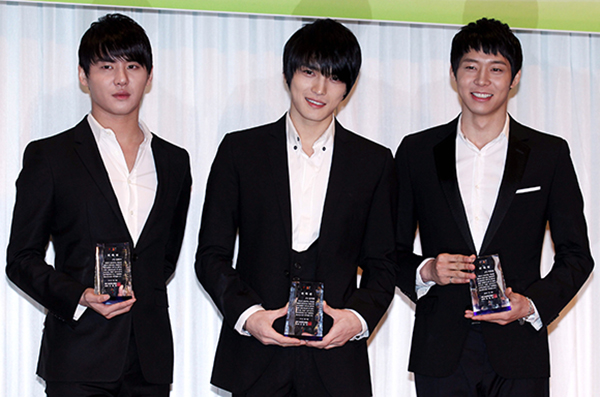 “We donated the entire revenue from the auction in ‘2013 JYJ Membership Week,’” said the group’s agency C-JeS Entertainment yesterday.

The membership week was launched two years ago as an event to show the three members’ appreciation of international fans. During the four-day event at the Seoul Trade & Exhibition Convention in southern Seoul, fans were able to take a look at the artwork from Kim Jae-joong, Park Yu-chun and Kim Jun-su. Some fan meetings followed afterward.

Some of the institutions C-JeS Entertainment donated to include the children’s ward of Seoul National University Hospital.

“We are delighted to help the people in need. We wish for our fans to support the community as well,” said JYJ to local media.

Meanwhile, the trio plans to kick off official promotions in Japan after the resolution of a legal conflict with their former agency, Avex Group.