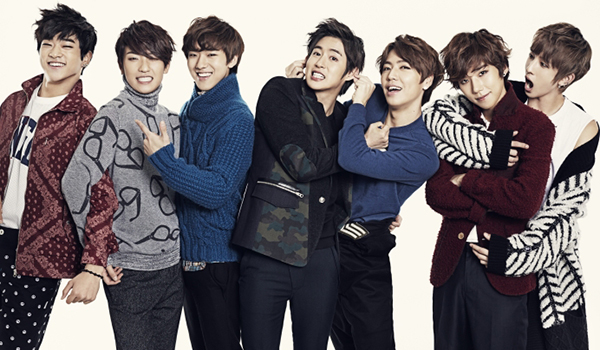 The seven-member K-pop boy band 100% is going through some changes.

One member, the 20-year-old Lee Sang-hoon, will leave the group permanently, while Seo Min-woo, 29, left to begin his military service on Tuesday.

“I’m sorry for the news. Even though I will not be pursuing my career as a singer, I’ll always be here to support our members,” said Lee on his Twitter on Monday.

When asked the reason of his leaving, he said his decision was “not forced by the agency whatsoever.”

Lee attended the Army Training Camp in Uijeongbu, Gyeonggi, to cheer up Seo and the rest of the members.

Meanwhile, their agency, T.O.P. Media Group, told local media that 100%’s new single will be released by the end of the month.

“Only five members will be on stage for the moment, but we hope the fans will still support the boys,” said the agency.