So-jin teams up with rapper

So-jin teams up with rapper 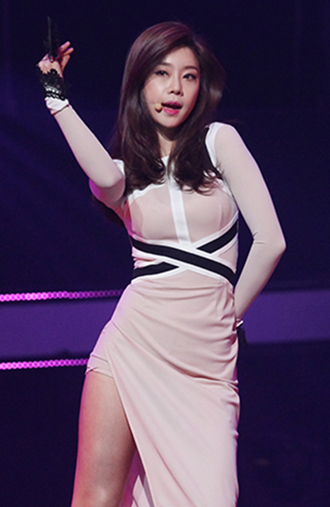 Park So-jin of the group Girl’s Day is the latest female to team up with a male rapper, singing on Crucial Star’s version of “Three Things I Wanna Give You.”

“Three Things I Wanna Give You” is a remake of Park Hye-kyung’s original track from her 2000 album “O2.”

The female singer and male rapper team-up is quite popular at the moment, thanks to the huge success of “Some,” a chart topper by Sistar’s So-you and rapper Junggigo.

Last year’s “If This Is Not Love,” which saw Verbal Jint and the singer Ailee team up, was also successful.

“So-jin’s new song will not only please her original fans but music lovers from the late ’90s as well,” said an official from her agency, Dream Tea Entertainment.

Park and Crucial Star’s single will be released on Monday.