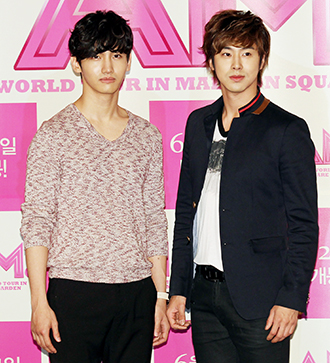 Meanwhile, the group enjoyed success in the domestic chart as well. Last week, they released their 7th repackaged album, “Spellbound,” which also marked No. 1 in the album charts at local retail music chains.

TVXQ will promote their new single “Spellbound” by the end of the month.