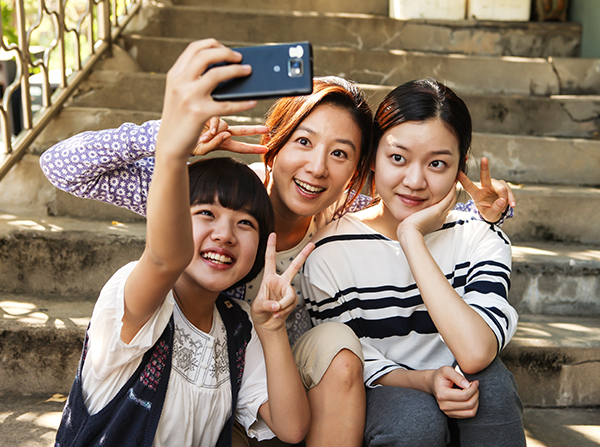 The guilt suffered by family members upon the death of 14-year-old Cheon-ji (played by Kim Hyang-gi, left) is examined in “Elegant Lies.” Provided by First Look

There is something about the delicate ties between females, full of snarky remarks and bickering that pulls on the heartstrings of cinemagoers. This is doubly so if they’re family and there is a death thrown into the mix. Countless books and films have relied on this formula to evoke many tears.

But there is a catch: Within such depictions, usually the women are close, so much so that the death of one results in the world turning upside-down for those left behind.

So what happens when the family is not as close as you’d like to admit? How do you reconcile the death of a family member when you aren’t sure that you really knew them, and worse still, that you may have been to blame?

These are the questions posed by “Elegant Lies,” the second collaboration between novelist Kim Ryeo-ryeong and director Lee Han behind the hit coming-of-age book and film “Wandeuk” (Punch).

Like the duo’s hit predecessor, “Elegant Lies” is centered on a teenager; 14-year-old Cheon-ji (Kim Hyang-gi), who ends her life after being ostracized by her peers for years. From the opening, it’s clear that the three-member family consisting of mom Hyeon-sook (Kim Hee-ae), sullen elder sister Man-ji (Ko A-sung) and the overlooked second child Cheon-ji are no “Gilmore Girls.” Over breakfast, they merely partake in musing about each other’s lives just before they set out into the “real world.” On the fateful morning, the family is discussing whether or not Cheon-ji should be given an MP3 player as an early birthday present at the teenager’s bidding.

As the day unfolds, mom and Man-ji come to the decision that Cheon-ji should be allowed the early gift because “she never asks for anything.” Sadly, Cheon-ji never gets the early present.

Leading up to the tragic event, there is a series of “what if” moments that suggest perhaps the turnout could have been different if the timing or some other variable had come into play.

And this sense of “what if,” although subtle, lingers. If there was a little more time, or perhaps, a little more love, could she have lived? And underlying this question is a more uncomfortable one: What responsibility do family members have for the emotional well-being of their kin?

Upon Cheon-ji’s sudden passing, Man-ji and her mom show their mettle, and even manage to move to a new house with much gusto.

But as time passes, the veneer wears off and the two come to terms with their grief in contrasting ways. Man-ji turns into an amateur detective as she becomes obsessed with finding out the circumstances that surrounded Cheon-ji’s bold decision, with (hesitant) help from her sister’s classmate, Hwa-yeon (Kim Yu-jung). Man-ji is also unsure of just how “close” Hwa-yeon and her sister were and Kim Yu-jung pulls off a convincing performance as a girl that seems part bully, part victim.

The film brings to light the power of subtlety. After all, Cheon-ji was never an outright target of her peers, but here and there a joke would go too far and the laughs would linger just a little bit longer. It’s also through the minor characters, rather than the leads, that we get a better grasp of who Cheon-ji was. The two-hour film also gradually takes on a more artsy feel with the incorporation of visual symbolism by painting a portrait of a young girl who seemed too fragile for this world.

But at times that imagery works to separate the dead from the alive, making Cheon-ji look “different” from the start. Catharsis comes as the so-called perpetrators come to know and appreciate Cheon-ji for who she was now that she’s gone.

But in between the pretty notions, it’s unclear whether the film is pointing the finger at the survivors or consoling them.