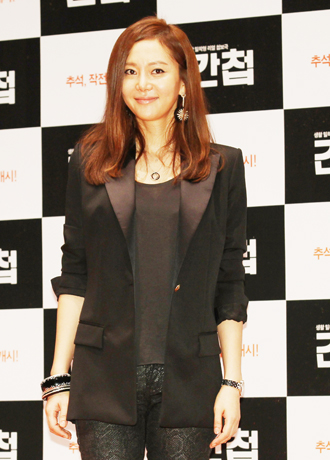 Actress Yeom Jeong-ah was cast as the host of the new talk show “True Live Show” on cable channel StoryOn, according to the broadcaster yesterday.

“The show will feature some in-depth aspects of celebrities who are engaged in various professional fields. Also, it will be a chance to take a peek at their genuine and trendy lifestyles,” said Lee Won-hyung, the chief producer of CJ E&M, which runs StoryOn.

The program will take place in the studio as well as in the private residences of the celebrities, where viewers can experience how famous people live their lives.

Yeom was cast for her skills in public speaking and unpretentious attitude. This is Yeom’s first time hosting a show in about 20 years. Entertainer Jeon Hyun-moo, sports announcer Choi Hee, editor of Arena magazine Lee Woo-sung and others will also join Yeom to co-host the show.

The first episode of the program will air on April 8 at 11 p.m.