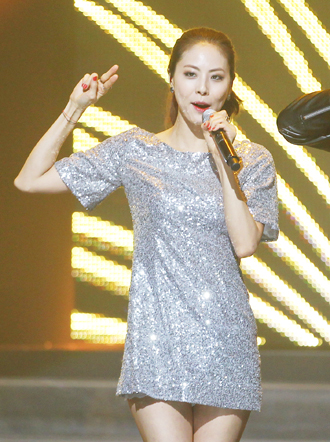 For the first time in 14 years, fans of singer Park Ji-yoon will be able to see her performing her iconic song “Coming of Age Ceremony.”

According to local media yesterday, Park has filmed the song for her appearance on tvN’s comedy show “SNL Korea.”

In addition, Park acted in a skit about the history of Korean pop music. She will reportedly reveal some behind-the-scenes stories that happened when she was filming the music video for “Coming of Age Ceremony.”

It is said that other cast members of the show, including Yoo Se-yoon and Kim Min-kyo, will appear as back-up dancers for Park.