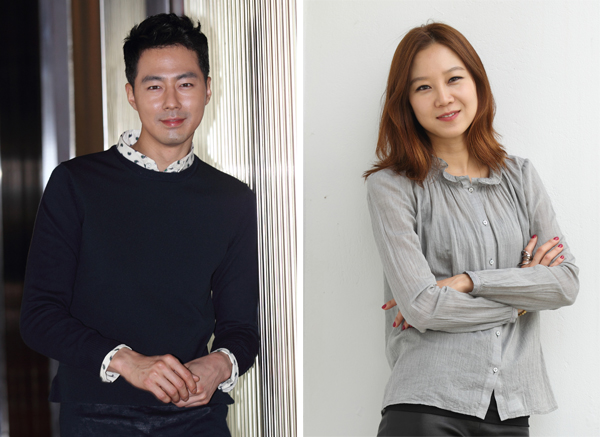 After a long casting process, SBS finally announced yesterday the lineup of actors who will star in its coming drama “It’s Okay, It’s Love.”

The new series has attracted much of the industry’s attention because of its high-profile production team and cast.

Leading the series will be 32-year-old actor Zo In-sung, who most recently starred in “That Winter, the Wind Blows,” and 33-year-old actress Kong Hyo-jin, from SBS’s “Master’s Sun” (2013).

Over the past decade, the two celebrities have become beloved icons of Korean dramas, acting in many of the biggest hits and becoming stars around Asia.

SBS said that “It’s Okay, It’s Love” will be a light romantic comedy, with Kong playing a psychiatrist who falls in love with a novelist, played by Zo. The broadcaster said that the show will depict the humorous struggles of characters trying to overcome some minor anxiety disorders.

Kong emerged as the “queen of rom-com” through the 2003 drama “Sang-doo, Let’s Go to School!” which she starred in with singer and actress Jung Ji-hoon, better known by his stage name Rain.

Recently, the actress has enjoyed a string of hits and acclaimed performances, including the MBC dramas “Pasta” (2010) and “The Greatest Love” (2011), as well as “Master’s Sun.”

“I decided to join ‘It’s Okay’ because I have trust in writer Noh Hee-kyung. Actually, the first TV drama that I appeared on was the 2001 drama ‘Good Old Days,’ which was written by Noh,” said Kong yesterday through a press release.

The actress noted that there was one other reason that led her to join the new drama.

“Contrary to the popular practice in the Korean drama industry, quite a lot of scenes for the new drama will be filmed prior to the airing in July,” said Kong. “That will certainly give the actors time to interpret the characters more extensively. Also, the production team will be able to come up with a higher quality drama.”

As for Zo, he said he was also excited to reunite with Noh, who wrote “That Winter, The Wind Blows.”

In addition, rising K-pop star Do Kyung-soo, better known as D.O. from the boy band EXO, will make his TV drama debut on the series, playing a school boy who idolizes Zo’s novelist character.